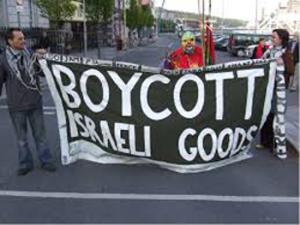 There are growing concerns in Israel over a Palestinian-led movement to boycott, divest and issue sanctions against Israeli products and services. Photo Credit: eretzandgalut.blogspot.com

The growth of the boycott, divestment and sanctions movement against Israel is causing increasing concern. It is time Israel fought back against those who boycott the Jewish state, Prime Minister Benjamin Netanyahu said this week, dubbing them "anti-Semites."

The comments come as concerns grow in Israel over a Palestinian-led movement of boycott, divestment and sanctions -knows by its acronym, BDS. The boycott has been growing recently, mainly in Europe, where some businesses and pension funds have cut investments or trade with Israeli firms they say are connected to West Bank settlements.

Speaking to a group of visiting Jewish-American leaders, Netanyahu said it is time for Israel to "delegitimize the delegitimizers."

Many Israelis say the boycott has strong anti-Semitic connotations and is meant to delegitimize the Jewish state as a whole and not merely a pressure tactic against its policies toward the Palestinians. 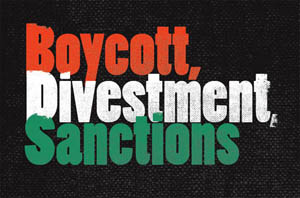 For many Israelis, the boycott conjures up dark images of the Nazi boycott prior and during WWII when Jewish academics were kicked out of universities and Jewish businesses were vandalized and boycotted.

BDS activists say they promote different objectives, with some focusing on a boycott of the settlements and others saying everything Israeli must be shunned until there is a peace deal. BDS supporters argue that Israel will withdraw from war-won lands only if it has a price to pay. Israeli leaders dismiss such claims, pointing to their willingness to negotiate a land-for-peace deal with the Palestinians.

Netanyahu said Israeli is fighting BDS by exposing the boycotters and with its booming high-tech sector which is a big attraction for leaders and investors worldwide.

After years of brushing off boycott threats as a tool of fringe extremists, Israel seems to have become genuinely worried in recent months.

Israel's finance minister Yair Lapid has said that the country could suffer economically from a costly boycott if peace talks with the Palestinians fail.

U.S. Secretary of State John Kerry, who is brokering negotiations with the Palestinians, has warned that Israel could find itself increasingly targeted by a boycott if it fails to reach a peace deal.