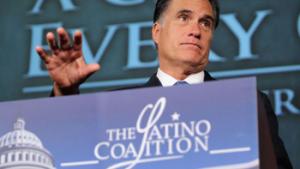 A new poll shows that the GOP may still have its work cut out for it when it comes to attracting Latinos, the nation's largest minority population. In the last presidential election, Latinos voted overwhelmingly for the Democrats and President Barack Obama.

Melissa A. Kuehnle, manager of Community Relations, Office of Public Relations at St. Joseph's College, Office of Institutional Advancement, said that Latinos feel that the Democratic Party is more aligned with their personal beliefs. Kuehnle is half Puerto Rican and a Democrat.

"I think that the reason is because Latinos, as a minority, care about equal rights, just as other minorities do, and they feel that a Democrat would fight for these rights more than a Republican," Kuehnle said.

She added that the GOP needs to find a way to reach out to Latinos because they are becoming an increasingly powerful force in U.S. politics. 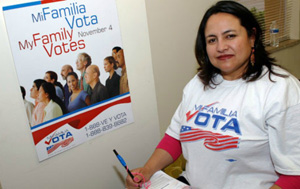 "The number of Latinos in the U.S. is increasing, and unless Republicans truly realize this fact, Latinos will remain Democrat, " Kuehnle said.

Kuehnle added that the Republican Party could help improve its image with Latinos by showing more empathy, especially in the case of immigration."They (the GOP) need to show empathy and compromise, without stubbornness or self-righteous behavior. Sometimes it is more important to be good and fair than it is to be right," she said.

However Kuehnle said the GOP's recent outreach to minorities is helpful. "I think it is a step in the right direction, but I don't think that certain groups should be singled out or alienated either," she said. "Voters want to know that their political leaders understand their needs, no matter how they identify. You can't be everything to everyone, but you can be human and show that you care."

The GOP still faces an uphill climb in its road to embracing diversity. Recently there have been some high-profile departures from the Republican Party to the Democratic Party.

Last month, Texas Judge Carlo Key switched his allegiance to the Democratic Party. According to The Austin Chronicle, Key said that he didn't leave the GOP, but the GOP left him.

In a video posted to YouTube, Key also said that he could no longer stand with the Republican Party's stance on LGBT issues. "I cannot tolerate a political party that demeans Texans based on their sexual orientation, the color of their skin or their economic status," Key said.