How Can the NAACP Work for Racial Equality Today? 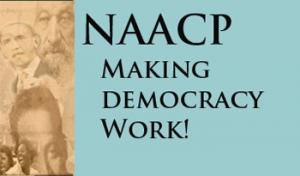 The NAACP has fought for voting, housing and employment rights and against any form of racial discrimination. The organization was the defender of choice for the black community’s ills for many years. Photo Credit: Tacoma-naacp.org

After the NAACP was founded in 1909, it quickly became the most widely known civil rights organization. It was known throughout the world as the number one advocate for civil rights most notably for blacks and other minorities.

The organization fought for voting, housing and employment rights and against any form of racial discrimination. They were the defender of choice for the black community's ills for many years.

But some would say their most important battles like voting rights and equal opportunity have already been won. Today with an ever increasing mixed racial society and more complex ills there is thought the organization may have outlived its usefulness.

An example might be the recent NAACP protest against New York Mayor Mike Bloomberg's attempt to ban sugary drinks in New York City. The organization was seen more as advancing their corporate backers in the soda industry than their minority base. Not only that but to protest was a measure that would promote the health of a minority population prone to strokes and obesity partially because of the consumption on sugary drinks and other junk foods seemed counterproductive to their base mission.

Chad Dion Lassiter, a well- known spokesperson on race relations and co-founder and president of Black Men at Penn School of Social Work, Inc., says the NAACP is more than relevant today.

We live in an age of mass incarceration, educational apartheid, poverty and white supremacy. And besides that, the organization has begun to attract a younger generation of activists and advocates.

"However, in the 21st century it must revisit the work of its founder Dr. W.E.B. Dubois and really engage in a revolutionary struggle against white supremacy from a policy and grass roots perspective," Mr. Lassiter says.

He added that the NAACP also needs to adapt to this new era and be open to coalition building on the other side of the color line.

"Thus black humanity must intersect with progressive white humanity to fight against all forms of oppression," Mr. Lassiter says.