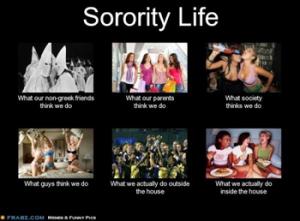 At the University of Alabama, all-white sororities passed over two prospective black members due to pressure from advisors and alumni, which has caused several prominent leaders in the state to weigh in.

Paul Bryant Jr., the president pro tem of the board of trustees and the son of legendary football coach Paul "Bear" Bryant, said the school does not support the segregation of any organization. Gov. Robert Bentley, an alumnus, reiterated that fraternal organizations should choose members based on their qualifications, not race.

The student newspaper, The Crimson-White, first reported the allegations this week. The story quoted at least one named sorority member and several other anonymous ones saying they wanted to invite the two black students to join, but were overridden.

One of the board's trustees, former Alabama Supreme Court Justice John England Jr., confirmed his stepgranddaughter was one of the black students passed over during recruitment in August.

England said he was encouraged to see sorority members speaking out about what happened, but said he thought his ties to the university contributed to the attention the allegations are getting. One of England's sons, Democratic state Rep. Chris England, of Tuscaloosa, is the student's stepfather.

England, now a circuit judge in Tuscaloosa, said the discussion differs from the university's segregationist past because of the willingness of sorority members to speak openly.

"We won't allow organizations to deny admission to individuals because of their race. We just won't permit that. Saying that is important," England said.

University President Judy Bonner said the administration was working with sorority chapters and their national organizations to remove any barriers. "We are going to help our young people do the right thing," she said.

Bentley said Thursday he talked had spoken with his wife, Dianne, who was a member of Delta Delta Delta sorority at Alabama, one of four mentioned in the school newspaper article.

"She said it's not the students, but the alumni," the governor said.

The issue coincides with the university marking the 50th anniversary of its integration of Gov. George C. Wallace's unsuccessful stand in the schoolhouse door to try to keep out two black students in 1963.

"Alabama wouldn't be No. 1 if it hadn't opened the door," the civil rights leader said. "The same door that opened for football players should open for young women."