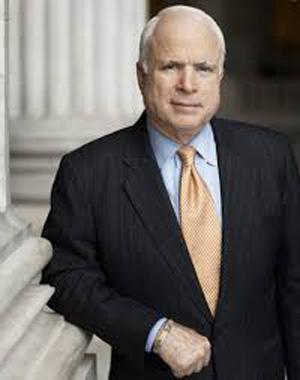 Senator John McCain (R-AZ) is using the five week recess from Congress to convince business leaders in his state that immigration reform that allows a path to citizen ship will be beneficial to the economy and create jobs. Photo credit: pastemagazine.com

PHOENIX (AP) - Trying to break the stalemate that has blocked immigration reform legislation in Congress, Senator John McCain is now recruiting business leaders to support immigration reform, his reason being that it will improve the state's economy.

McCain said Monday that giving the 11 million people in the country without legal status a path to citizenship will create jobs and end the 'de facto' amnesty they currently have.

The Republican told The Associated Press he is soliciting the business community's help during the summer congressional recess. He says House lawmakers opposed to overhauling the nation's immigration laws need to be convinced public opinion is behind the overhaul.

"We all respond to our constituents," McCain said. "Over 70% of the people in Arizona support a path to citizenship if they pay back taxes, learn English, get in line behind everybody who has waited legally, and so we hope to convince them without being disrespectful to my House colleagues."

McCain is touring the state during the five-week recess speaking about immigration reform and held a round-table discussion at the Arizona Chamber of Commerce and Industry on Monday. He spoke with the AP before the event. 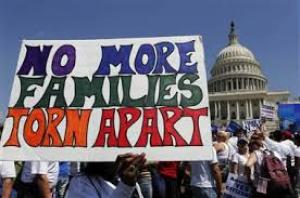 He said passing and implementing immigration reform will reduce unemployment, add significantly to the state's income and create thousands of jobs. He said he needs the business community to understand those results.

The Senate passed an overhaul bill in June, but it has stalled in the House amid Republican opposition. It added billions of dollars for border security, made changes to visa programs and included a new focus on workplace enforcement along with eventual access to citizenship for the immigrants already in the country illegally.

McCain was one of the Senate bill's architects. He said he's hoping support from former vice presidential candidate Paul Ryan and a potential opening with Republican House Speaker John Boehner will result in movement.

"There's 11 million people who are here living in the shadows and they're not going to deport them," McCain said. "That's de facto amnesty. And the path to citizenship is 10 years, it's a couple thousand dollars in fines, it's a long process towards citizenship, at least 10 years, just in order to get a green card. It's very tough and arduous."

Those who believe people who came here illegally should not be granted citizenship are being overly harsh, McCain said.

"Look, we all break laws, and we pay a penalty for breaking laws, but we're not condemned forever," he said. "There's a time, a process, that you would pay very heavy penalties for breaking our law but then are able to move forward to become citizens."