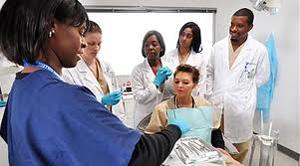 For-profit colleges like Sanford-Brown are targeting African-American students and other minorities. (sanford-brown.edu)

At a time when six out of seven black workers remain under or unemployed, for profit-colleges are now almost the equivalent of Ponzi schemes in the way they prey on hard-luck, yet desperately ambitious minorities, peddling what largely amounts to worthless, but overly-expensive degrees that ultimately only make the depths they must travel to a better life that much steeper.

According to a recent education study, between 2004 and 2010, black enrollment in for-profit bachelor programs grew by some 264 percent, compared to a 24 percent increase in similar enrollments at traditional four-year institutions.

Bolstered by an ad campaign that includes such grandiose claims as “before I contacted Sanford Brown I was working second shift and I needed a career for myself and my family," is there any wonder that Brown reigned supreme among the institutions blacks most surely and regrettably flocked to?

Black college enrollment shot up by nearly 35 percent between 2003 and 2009, an increase nearly twice the rate of that of white enrollments, and most of them were at universities like Brown and similarly run institutions such as the University of Phoenix and Ashford University; the actual top two producers of black baccalaureates overall from the class of 2011 graduates.

And yet the returns continue to be scant. Nearly every single graduate of a for-profit school – 96 percent according to a 2008 Department of Education study – leaves with debt, even as the industry absorbed some 25 percent of all federal student aid in the 2009–2010 school year.

In addition, the loan default rate among for-profit college students is more than double that of their peers in both public and nonprofit private schools, signaling that rather than creating pathways to new and more prosperous worlds, the degrees and certificates they offer are proving to be more like dead-ends to poverty.

While it's true that the country's middle class is collapsing for everyone, that trend is far more pronounced among African-Americans. In 2008, as black folks flocked into higher education, the Economic Policy Institute found that 45 percent of African-Americans born into the middle class are now living at or near poverty as adults. 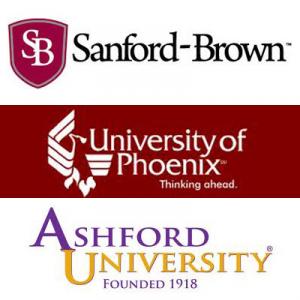 The study tracked two groups of college students for six years: one that enrolled in the mid-1990s and another that entered school in the mid-2000s. Over that time period, for-profit institutions saw the highest jumps in both the percentage of students who borrowed to pay for education, and the number of those borrowers who eventually dropped out of school.

Still more research concluded that students who borrow to pay for a four-year for-profit college education are more than twice as likely to drop out than student borrowers at four-year public institutions.

In the end, the report notes that for-profit colleges "contributed a substantial portion of the increase in overall student borrowing from 2001 to 2009, even though they enroll only 9 percent of all college students."