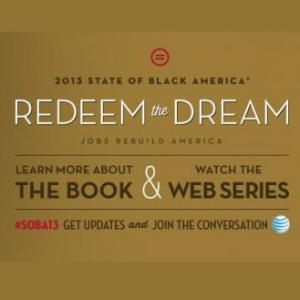 The economic equality gap for blacks continues to widen is one of the findings of the 37th Edition of National Urban League’s annual report on the State of Black America. Photo Credit: clutchmagonline.com

The Urban League details the state of black in America, in its recent annual report, as one where the economic equality gap continues to increase.

Half a century since Martin Luther King delivered his historical “I Have a Dream” speech and now, the latter stages of the two-term tenure of the first African-American to occupy the White House, not only do blacks persist in lagging behind whites in economic equality, the gap is actually widening.

Thus are the findings of the 37th Edition of National Urban League’s annual report on the State of Black America.

Headlined as “Redeem The Dream, Jobs Rebuild America” at a time when black unemployment more than doubles that of any other demographic, the accounting also calls for the fostering of a five-year initiative aimed at expanding job training programs and enacting social legislation geared toward improving the overall quality of black life in America.

“These conditions have not changed,” Urban League President and CEO Marc Morial said upon reflecting on the last several decades. “Throughout the Great Recession, our network of affiliates has served as economic first responders for communities devastated by joblessness. We’re working with this generation’s civil rights leaders to inspire and empower the community.”

The task is a daunting one. According to the Department of Education, 1.3 million African American students now drop out of high school each year and only 50 percent of them who remain in school manage to graduate on time.

With the unemployment rate for college graduates roughly less than half of that for high school diploma earners and even greater for those of them minority, it doesn’t take a genius to figure out who the vast majority of those constituting the impoverished and ultimately hopeless continue to be.

Though the fact that the actual numbers of black adults and children now living in poverty has increased by some 20 percent and the ratio of actual high school grads has improved three fold over the last 50-years, the bottom line numbers don’t lie.

The unemployment ratio between blacks and whites, regardless of education, gender, location or income level remains 2-1, while the income gap and unemployment ratio gap has closed by just 7 and 6 percent respectively over that same period.

“As the nation faces changing demographics and future workforce needs, we must not shrink our responsibility to say that intelligent investment in our children’s education is our national interest,” said Morial. “We must redeem the dream.”