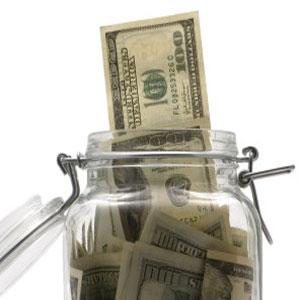 The silent war on receiving a decent living wage negatively affects minorities and poor whites, while the 1 percent continues to gain more wealth in the current economy. Photo Credit: huffingtonpost.com

A war has been raging under foot for the better part of 50 years about what constitutes a decent living wage. It is an economic war that affects mostly minorities, and poor whites, and the stench of “collateral damage” is overwhelming.

As the line of “lambs being led to the fiscal slaughter” grows, valuable human resources have become nothing more than a down payment on perpetuating the lifestyle and toys of the wealthy.

We are fed unemployment statistics almost daily, waiting with baited breath on which way the seesaw will teeter: positive or negative. And while the “Right” hand will almost certainly NOT talk to the “Left,” the stalemate further pushes the American Dream out of reach for the most marginalized and disenfranchised among us.

The rallying question: Should the minimum wage be raised to $22 per hour? Sen. Elizabeth Warren posed the question in a recent hearing of the Senate Committee on Health, Education, Labor, and Pensions.

Now if you don't know who Sen. Elizabeth Warren is, let me refresh your memory. Before becoming the new Senator from the State of Massachusetts, she was appointed to investigate the bank bailout during the last half of the second term of President George W. Bush, only to discover that the money that went to the banks remained there. And the promise of monies trickling down to the homeowner, barely materialized.

During the recent hearing, Sen. Warren said that, “If you took the minimum-wage from 1960 and indexed it for workers' gains in productivity, it would be $22 an hour today.” Now, that is not to say that the minimum wage should increase to this amount overnight, but the implications are staggering. In light of that try, if you can, to reconcile that idea with President Obama's raising of the minimum wage from $7.25 per hour, to a whopping $9.00 an hour!

Spot on, Sen, Warren said, “What happened to the other $14.75? It sure didn't go to the worker.” A point that certainly tips the scales of this silent war.

Arindrajit Dube, an economist from the University of Massachusetts at Amherst said, “That those gains went to corporate and top-executive profits. And that this is simply more evidence of how income inequality has grown in America.”

He further said, “It is quite remarkable that had the minimum wage kept up with overall productivity, it would have been $22 per hour in 2011. Had it kept up with the growth in income going to the top 1 percent, it would be even higher, at $24 per hour, and the wage would have exceeded $33 per hour at its peak in 2007.”

But instead, the war on a decent living wage rages on....