How Do You Fight Classism In The Workplace? 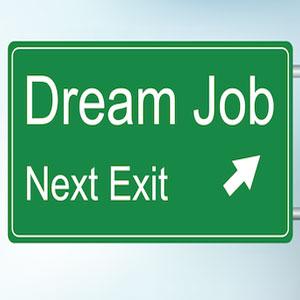 Regardless of race or ethnicity, getting your dream job is something everyone wants, but how do you fight classism in the workplace? Photo Credit: betterstaffingresults.com

Just when we appear to be making some headway in uncovering and confronting racism, sexism, ageism, and a host of other “isms” in the workplace, a new inequity has been identified. The issue of workplace classism has arisen at a time when a national conversation is taking place about American socioeconomic classes. So classism at work is a new problem, right? No, classism has been prevalent in the American workplace since the days of cottage industries. It is now apparent that some of the discrimination that has occurred under the banner of racism, sexism, or other “isms” in the past can be contributed in whole or in part to classism.

A summary of the recent writings on workplace classism appear at Executive Diversity Services, Inc. This author, along with four others, have contributed to a discussion of the forms and impacts of workplace classism.

“Class” can be defined as one’s relative status according to income, wealth, power, and/or position. Anyone who has ever had a job can attest, all of these factors matter a great deal in the workplace. Much like the other “isms,” classism is at play on an institutional level and can be found in recruitment and hiring practices, reimbursement of job expenses, jokes, and slurs heard in the workplace, informal networks, designation of work hours, and even in the location of the workplace.

The motto “rank has its privileges” finds its roots in classism. Your level or rank in an organization can mean that you are subject to different rules, or are offered different perks, and advantages, than those who are over you or under you on the organizational chart.

On its face, levelism does not sound like a bad thing. You earn your way to the top of the organization and each level you attain bears even greater rewards. Unfortunately, if you are thought to be unworthy of promotion due to your appearance, use of language, your sensibilities, or your approach to work, you will never be eligible for the perks given to those at the top. Furthermore, if you find yourself stuck at the bottom of the organization because you don’t have the budget for an impressive wardrobe or nice car, the perks you are offered often do not fit with your needs.

Obamacare is a perfect example of a benefit that the working poor need, but may not ever receive. Rather than provide insurance coverage to all workers employed 30 or more hours per week, employers are reducing workers to 29 hours weekly to avoid providing a healthcare benefit. Those at the top of these same organizations receive top shelf insurance coverage at no personal cost.
Yes, both class and rank have their privileges, and it seems that in some of today’s organizations, fairness, and equity have taken a back seat in light of this privilege.