Contributions To America Across Race And Ethnicity 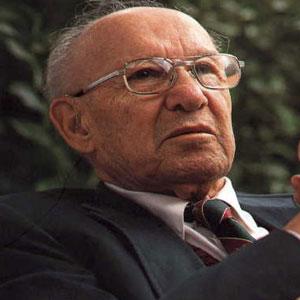 Peter Drucker, known as the father of modern management science.

Most have no doubt heard the difference between “efficient” and “effective.” The former relates to people who do things right, while the latter is people who do the right things right. Efficient people do not necessarily get results — at least not the results that move an enterprise forward. Effective people, in short, create something that didn’t exist by taking a concept and moving it from non-existence into reality.

The difference between these two types of people, as observed by Peter Drucker, long known as the “father of modern management science,” is that “Innovation is the specific tool of entrepreneurs, the means by which they exploit change as an opportunity for a different business or a different service.”

LaShunda Leslie-Smith, director of Successful Pathways of YFC, a ministry of Rochester, N.Y., Youth for Christ, is also the embodiment of Drucker’s insights.

Smith explains how she succeeded: “I was a teenage mom at age 14. By sheer luck or God’s guidance, [I] made it into St. John Fisher College in Rochester, where I had an African-American professor, Arlette Miller-Smith. She was the first college instructor I’d seen who looked like me. She was a charismatic, phenomenal, no-nonsense woman.” 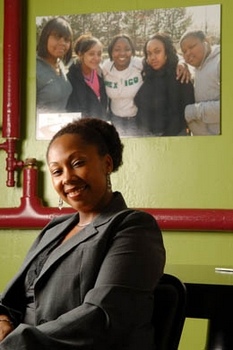 “One day I was in her office bemoaning a low grade. 'High school didn’t prepare me for college work,’ I told her. I was crying and telling her how unfair it all was, hoping she would raise my grade. She didn’t. ‘You need to get over it and prepare yourself,’ she insisted. I wasn’t looking for a handout but felt she would understand the struggle I was going through. Her tough love academic stance was the best gift anyone could have given me.”

“Afterwards, I went on to grad school. I was working on one project in particular, developing, and implementing an intervention. I had heard that a colleague had created a successful program for working with prison inmates. I was inspired to do something comparable with my experience as a mentor and my desire to help my community. Even though I was only 23, I developed plans for Successful Pathways.”

Operating out of her home, Smith began to develop a case management program for teenage mothers and fathers offering one-on-one counseling sessions and health education. Soon, referrals were coming in from the community, and she vowed to continue the effort, knowing there were so many young people giving birth without the support they needed. In the city of Rochester, 22 percent of the births are to teen mothers in comparison to only 1 percent in the suburbs.

“In my case, I had a supportive and strong family. My mother insisted I continue going to school. She told me I had made a decision to have a child and she wanted me to be able to raise that child myself. Not every teen parent is as fortunate as I have been. Many didn’t have mothers like mine. Some of them could barely read. I knew I could inspire them because they would see I had actually ‘been there’ and ‘done that.’ I knew I would be able to tell them how I overcame the same hurdles they were facing. As an African-American business woman, I knew I could serve as a role model.”

The non-profit she established in her home, had long since become more than a project for her to earn her Master’s degree. “I gathered 10 other women with expertise in business and medicine. We formed the board of directors. The enterprise was incorporated and a name chosen. I obtained a 501(c) 3 declaring us a non-profit organization and began the never ending job of fundraising. Our mission is to empower adolescent parents to become responsible and self-sufficient through education, mentoring, spiritual, and social support. As long as they live in the city, any young person — no matter his or her race or ethnicity — is eligible for our services.” 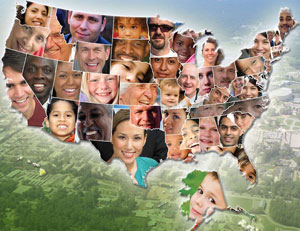 That same emphasis on self-sufficiency via education and training is also found in the various state efforts to help laid-off workers. Lloyd Conway is a workforce consultant for the state of Michigan, one of the states with the highest unemployment figures, and he helps workers get into established businesses as well as their own enterprises.

He says, “We do encourage business start-ups, and we have occasional successes. One of the laid off workers at a jukebox company who shifted their production to Mexico, began making custom laptops with scrap and throw-away items that the employer discarded. He also had a black belt in one of the martial arts and was thinking of opening his own school.”

Conway notes the individual’s entrepreneurial success, but suspects he would have succeeded without any intervention on the State’s part.

“Most of our efforts,” he explains, “are focused on re-employment, either before or after further training is undertaken. What works best to keep the average Joe (or Jane) from becoming discouraged is continuous contact, which we offer through Joint Adjustment Committees. These labor management task forces, composed of three members from each side, work on a consensus basis on just outplacement activities. (We do not address collective bargaining issues or anything not germane to the task of assisting fellow workers with re-employment, etc.) We’ve done nearly 130 of these since 1989, and we find it to be a best practice, as it empowers those facing layoff to be more in charge of their destinies, rather than being passive receptors of information delivered lecture-style by someone in a suit from Lansing who is not one of them.” 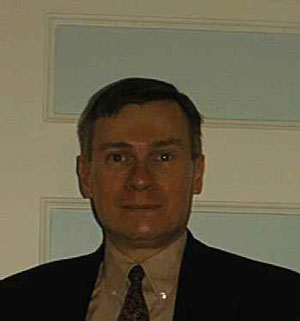 “We also have a ‘Peer-to-Peer’ program, which involves having a contractor hire and train a laid-off worker as an outreach coordinator to his fellows. Since it is one of their own voices calling and encouraging them to forgo the whispers of despair in favor of action to better themselves, we find that this, too, is quite effective.”

Michigan has a culturally diverse population, especially in Detroit. Asked about employers who may espouse “equal opportunity,” but who in fact may harbor prejudice against various ethnicities, Conway — although not directly involved with such situations — reports hearing very little anecdotal evidence of discrimination. The exception might be older workers, he notes, regardless of their race or cultural background.

The words “enterprise” and “entrepreneur” literally mean taking something between two points. Those who bridge racial and cultural gaps, or who help others transition between despair and hope, are entrepreneurs in the truest sense of the word. These two examples presented by LaShunda Leslie-Smith and Lloyd Conway serve these definitions well.