Shades Of Poverty In America 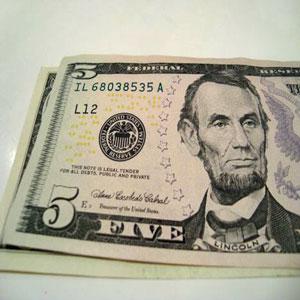 Those classified as being at or below the poverty level continues to rise.

Even before the current recession, poverty presented a huge problem in America. Families living in poverty are forced to carve out a hand-to-mouth existence for themselves and their children, often making choices between necessities like clothing and school supplies, and their basic needs such as food and heat. Although many government and nonprofit programs lend a helping hand in terms of food, housing, clothing boxes, subsidized healthcare, etc. to today’s poor — poverty continues to affect many American families, and not surprisingly, some of the hardest hit populations fall along racial lines. Here’s a look at the intersection between race/ethnicity and poverty in the United States.

How Poverty is Measured in the United States
In the U.S., the Census Bureau defines the official government poverty rate by thresholds each year, which is in turn based on the designated amount of annual income necessary to support families of various sizes. First calculated in the 1960s, these thresholds and the methodologies used to determine these figures have not changed, except for adjustments in inflation. It’s important to note that these numbers are based on pre-tax monetary income and do not account for noncash assistance benefits such as Medicaid and food stamps. 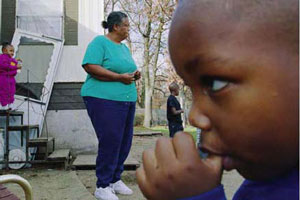 Poverty and Race/Ethnicity
According to the Kaiser Family Foundation, in the United States in 2009, whites constituted only 13 percent of the poverty demographic in the United States, whereas blacks made up 35 percent, Hispanics, 34 percent, and other minority races and ethnicities composed 23 percent. The National Poverty Center’s numbers differ slightly, with 25.8 percent of blacks falling under the poverty threshold, and 25.3 percent of Hispanics, as compared to 9.4 percent of whites and 12.5 percent of Asians. However, both sets of figures tell essentially the same story: race and ethnicity plays a significant role in poverty demographics.

Some posit that this correlation is, in fact, one of the greatest indicators of the persistence of inequality in our modern society. In an article in The American Prospect, Darrick Hamilton and William Darity, Jr., argue against the prospect of a post-racial America, despite the ascendance of the first black president, citing the racial wealth gap as one of the greatest barriers against true equality. As they explain, “Based on data from the 2002 Survey of Income and Program Participation, white median household net worth is about $90,000, in contrast it is only about $8,000 for the median Latino household and a mere $6,000 for the median black household. The median Latino or black household would have to save nearly 100 percent of its income for at least three consecutive years to close the gap.”

More recently, the New York Times took a micro view of the fallout from the current recession in Memphis, Tenn., and how it disproportionately affected the black population. Their study found that the median incomes of black homeowners have receded to a level below that of 1990 (and currently stand at roughly half of the average income of white homeowners). Meanwhile, black unemployment has risen to 16.9 percent from 9 percent two years ago (while it stands at 5.3 percent for whites).

Based on these figures, it’s fair to say that race and ethnicity play a disproportionate role in who ends up poor, but the more critical question is why. In his book “More Than Just Race,” Harvard professor, William J. Wilson, cites deeply rooted inequities in terms of public policy, lack of access to quality education and job skills, and other structural forces that create racial and class privilege. Likewise, a 2009 CNN study conducted in the southern U.S., documents the discriminatory practices that keep Latinos (particularly immigrants) under the poverty threshold, as they are “routinely cheated out of wages, denied basic health protection, and fall victim to racial profiling.” Although the circumstances of an individual or family falling below the poverty threshold are inherently complex, it seems that part of the solution requires substantial changes in the system, both in terms of both education and civil rights protection. 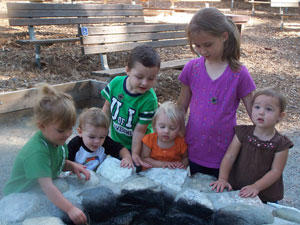 Resources for Impoverished Individuals and Families
Beyond the number of government assistance programs and subsidies available to those who fall below the poverty threshold (such as housing assistance, Medicaid, and the like), there are many resources out there both on the local and national levels that are targeted specifically to minority populations. The Poverty & Race Research Action Council is a D.C.-based civil rights policy organization focused on promoting research-based strategy to help connect advocates with social scientists working on these issues. Current projects include those aimed at fighting for change at the policy level, as well as sometimes offering individual assistance in terms of housing, education, health, and human rights. Other organizations, such as the Robin Hood Foundation, address the problem on more of a grassroots level. It was originally founded to help poverty-stricken residents of New York City, and has become a model and inspiration for major cities all over the country.

These organizations and many others not only assist those who have fallen into poverty, but address the roots of poverty itself. It seems that herein lies the solution: to look at the ways public policy, minority educational opportunities, etc., contribute to the racial experience of poverty in America.

Just wanted to make a remark on the poverty rate stats for Asians. The Asian American population is extremely diverse and has a different history of immigration in comparison to African Americans and Hispanic Americans. There are Asian refugees as well as Asians who immigrated to America for work or education purposes. Southeast Asian populations have extremely high poverty rates. Here are some stats provided by Richard Chang...

Basically, disaggregated data will tell you a lot more about populations under the "Asian" umbrella.