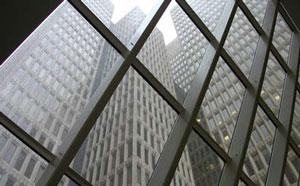 Breaking through the plexi glass ceiling.

Diversity gives rise in the world of business as individuals of different color, race, religion, and gender burst through the barriers that once held sway over their careers and ambitions. Fortune 500 CEO’s of diversity have over the past two decades, increasingly gained ground in the business world. In 1995, according to the Editors of DiversityInc.com, there was not one single Fortune 500 CEO of color, and women CEOs were just as hard to find. However, that is not the case for 2010, as women and minorities are not only rising up, but also crashing through the top of the once powerful “Plexi Glass Ceiling,” that for so long held them prisoners of racial, gender, and ethnic issues.

Women of color, now standing at over 54 million strong bring a better education and financial stability than ever before in history, and as such they bring experience, insight, and cultural wisdom. According to CNN Money, over 2.4 million women of color own businesses, and employ over 1.6 million in workers. Representing a large portion of consumers and decision makers, these powerful women in the business world, are stepping forward to claim their spot in the top 100 Fortune 500 CEOs. In 2000, there were only three female Fortune 500 CEO’s., today, the updated 2010 list, boasts 15 female CEOs, with Ursula Burns, the first African-American female CEO to lead Xerox, a Fortune 500 company, according to the CNN 2010 report, and she rates as the 14th most powerful woman in America.

Burns, a 30-year veteran of Xerox, one of the largest, publicly traded companies, is the first woman to lead a company of this size, and after taking control of Xerox, Burns said in an
interview with the New York Times, that her perspective came from being an engineer and a New York black woman. As an intelligent woman, she felt that she had opinions that were worth being heard. Financial institutes and Fortune 500 companies recognize the vast influence that women carry in the financial world, and having that firsthand viewpoint from within the boardroom is good business.

According to the editor of Black Enterprise magazine, black CEO’s should double over the next 20 years if the trend continues.

While the Fortune 500 advancements are celebrated, there is still a long way to go for equality and representation for women and minorities. A Senate Democratic Task force, created by U.S. Hispanic Senator, Robert Menendez, regarding senior management of Fortune 500 companies by women and minority CEOs, revealed the fact that this sect of the population, while making leaps and bounds over the past 20 years is still lagging far behind its predominately-white counterparts. According to the study, representation of the African-American and Latino population in Fortune 500 CEOs is skewed by an alarmingly low ratio of minority CEOs compared to the high population of minorities in the United States.

r this dilemma may unfold over several years, but it is turning around. Better educational opportunities, positive motivation, and drive are providing the energy for change. Women and minorities are taking advantage of every opportunity to move forward in their careers and rise through the “Plexi Glass Ceiling” to become Fortune 500 CEOs.

Another Fortune 500 CEO, African-American lawyer, and Harvard graduate, Kenneth Chenault, of the American Express Company, explained in an interview with Ebony, that education is an important factor for success. Chenault says it is important to be “challenged, enthusiastic, and excited.”

By 1995, he was named vice-chair of American Express. Chenault, president and chief operating officer of the American Express Co., is renowned for his people skills, marketing shrewdness, and business management skills, which he used to propel himself to the top of his game and into the Fortune 500 CEO of 2010.

At present, there are only seven Latino Fortune 500 CEOs, including Antonio M. Perez, Chairman, and Chief Executive Officer of Eastman Kodak Co. Perez, an American Citizen born in Spain received an honorary doctorate from the University of Rochester, where he studied electronic engineering and business marketing. 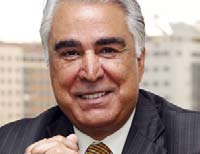 While Hispanic Fortune 500 CEOs make up only 2 percent, in comparison to the 15 percent Hispanic population, Hispanic women are missing from the representation of race and gender. However, the winds of change are blowing, as corporate executives realize that with diversity in the boardroom, Fortune 500 companies have the advantage of gaining the added insight, and perspective of an ever-changing cultural society.