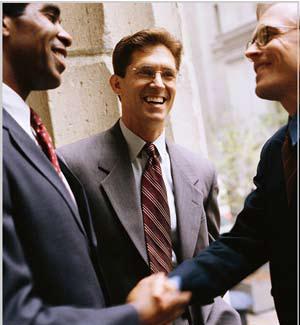 Selling a small business to a larger business or a corporate conglomerate is a rarity, and takes hard work. However, with a lot of early planning, strategy, and ingenuity, one may be able make a sizeable profit from the sale of their company.

John Osher, an entrepreneur who has created thousands of consumer products, published a list of mistakes he made as a business owner in Entrepreneur Magazine. He used principles of the list to help sell his spinning toothbrush to Proctor & Gamble for $475 million in 2001.

He says the most important part of being a successful entrepreneur is doing your initial research. It’s not everyday that a large company spends millions to acquire smaller businesses. But when they do, it’s because the product is innovative and real unique — a byproduct of good market research.

“I say nine [out] of ten people fail because their original concept is not viable,” he says. “They want to be in business so much that they often don’t do the work they need to do ahead of time, so everything they do is doomed. They can be very talented, do everything else right, and fail because they have ideas that are flawed.”

Scott Shane, author of The Illusions of Entrepreneurship, suggests that potential entrepreneurs create business in high growth industries including technology or Internet companies.

Companies that are more service oriented usually are not as easily sold because they have less high growth potential. Starting out in a high growth industry will probably be the quickest way to get a deal from a larger corporation. It may also attract equity investors, something that cannot only help you raise capital, but gain a network of business leaders who have an “incentive” to spread the word about your company.

“The idea that a bunch of big companies are out there buying smaller companies does happen,” Shane says. “And sometimes it happens, and there is a huge amount of money changing hands, and it gets a lot of media attention, probably more media attention that it should, it’s exciting, but it’s not that common.”

That does not mean you will not be able to sell our business. Once your product hits the marketplace, investors may start to come around. Or, you may find a deal through a network or business connection. When you are ready to negotiate, make sure company profits are up, and your business, and legal affairs are in order.

“The key is to put you in the buyer’s position,” says Dante Lee, CEO of Diversity City Media based in Columbus, Ohio. “Why would someone want to buy your company?

Moreover, do not refuse a viable offering in hopes of selling your company for billions. Shane says to have a realistic expectation of what your company is worth. If you are not finding large companies interested in investing, go through a smaller brokerage company.

“You can have a really good business that people want to buy, but the deal won’t work because they can’t get a good price,” he says.