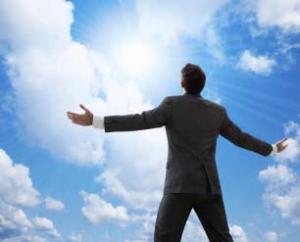 President Barack Obama inherited the worst economy since the Great Depression. According to the Bureau of Labor Statistics, the national unemployment rate is just over 10 percent, and many companies have shed workers to try to stay afloat.

Tired of working for faceless corporations, many minorities are either going into business for themselves, or moving into a completely different line of work.

Daniel Nainan, who is of Indian/Japanese descent, made a radical career change after he was laid off by Intel. Nainan, who had previously worked as an IT professional, decided to become a stand-up comic. At Intel, Nainan traveled around the world assisting then Chairman, Andy Grove, with technical demonstrations. Nainan, who splits his time between New York and Los Angeles, CA, caught the comedy bug when he decided to take a stand-up class to improve his public speaking skills.

After the class, Nainan developed a taste for doing stand up, and when he was pink slipped in 2007, he decided to pursue comedy full time. Nainan relied on stock options from Intel to help him make it through the transition period, and says he is now making even more than he did in his previous profession.

Nainan's comedy career has taken off and now his claim to fame includes performing at the Democratic National Convention, three inaugural events and at the United Nations. Nainan has also branched out into other areas such as voice over work and acting. Nainan also adds an appearance in an Apple commercial, and an appearance in M. Night Shyamalan's film "The Last Airbender," to his growing list of credits.

While Nainan may have fallen into an exciting new career, he says being a stand-up comic requires a lot of hard, solo work. "Being a comedian is very much about being an entrepreneur with one's own business. In my business, I have to wear something like 30 different hats," Nainan says.

Nainan has also changed his work mentality. He says that when you work for a big corporation, it is easy to fall into the 9-5, Monday-Friday schedule, and then turn off your brain on the weekends.

Nainan says his new life as a stand-up comic is similar to his old life because he spends a lot of time travelling. "Essentially, I live the lifestyle of George Clooney in "Up in the Air," except instead of bringing people misery by laying them off, I bring people joy and happiness," he says.

Nainan adds that it can be scary striking out on your own. (His biggest fear is that he knows the phone could stop ringing tomorrow.) However, he says that workers should not let their 40-hour-a-week lifestyle stop them from pursuing their dreams. "Many people complain that they don't have time to do everything they need, and yet the average American watches 28 hours of television a week," Nainan says.

Like Nainan, Carolyn Stys of Great Falls, VA, started her own business when she received her lay off papers after 20 years in the financial services industry with companies such as PIMCO, State Street and Lehman Brothers. Carolyn and her husband, Mark, launched Bluemont Capital Advisors in 2009, after she realized there were limited career opportunities in her field in the DC area.

"I have made many people (men) wealthy over the years, owners of firms I busted my butt for, and decided it was my turn," Stys said.

Stys, who is of Irish descent, started out as a trader working on the floor in the 1980s, which was a completely different environment than it is today. "It was an atmosphere filled with lots of money, lots of drugs and lots of living fast and hard," Stys said. She stresses that she was not a part of that lifestyle, but she was one of a small handful of women traders working on the floor. Stys compares the atmosphere to a locker room. "There were a lot of crude jokes, and you had to one of the boys," she adds.

According to Stys, new sexual harassment laws have changed the environment and the old frat house type of behavior is no longer acceptable. However, in spite of these changes there are still few minorities working at the major trading firms. Stys says it is still an "old boys' network," which is why more white women and ethnic minorities are starting up their own firms.

Working for yourself can often be more demanding than working for a big corporation, Stys says. "You work 24/7, there is little or no down time, which is hard with kids. My husband works with me so the 24/7 we are together can get smothering," she adds.

Stys says one of the advantages of working for a big company is you can focus on one area. She adds that working for yourself means you have to juggle several roles. However, working for a small, self-owned company means that it is easier to make quick decisions, instead of shooting it up the chain of management. "I can fix what is broken without going through four committees and six layers of management," she says.

According to Stys, one of the biggest challenges for new entrepreneurs is staying organized and keeping track of the various business expenses. Stys advises new business owners to closely scrutinize their balance sheet.

"Watch the pennies," Stys says. "Expenses can really drain you, if you do not watch them. Also, really think through a marketing plan and hire a professional, if possible. Also, write a business plan and have annual goals that you write down and constantly go back to."