Minority Voters Discriminated Against in Texas 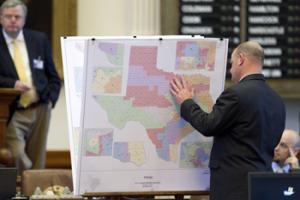 Minority voters are discriminated against with the new electoral maps in Texas, the U.S. Justice Department alleges. Photo Credit: texastribune.org

Attorneys for Texas countered that the Legislature did the best it could, given that it had to devise maps partisan enough to pass the Republican majority, while dismissing suggestions of intentional discrimination.

The case, which opened before a three-judge federal court panel in San Antonio, concerns electoral districts drawn in 2011 for U.S. House elections, as well as voting maps for the Texas state House. It could also have national implications, because the Justice Department has joined and is arguing that the Voting Rights Act should still apply to Texas despite a recent U.S. Supreme Court ruling weakening many of its key portions.

Last year, the high court found that Texas and 14 other states with a history of voting discrimination no longer need permission from Washington under the Voting Rights Act before changing the way elections are held. U.S. Attorney General Eric Holder has since vowed to preserve voter safeguards after the ruling, and the Justice Department is now using the San Antonio trial to argue that Texas still needs federal approval under a lesser-known portion of the act.

"The state of Texas, as it has in redistricting cycles since 1970, adopted maps that discriminated against its citizens," Bryan Sells, an attorney for the Justice Department's Civil Rights Division, said during opening statements.

The trial is expected to last a week, though no decision is expected for months afterward. The ruling won't change elections in Texas because federal judges have already thrown out the original 2011 voting maps and drawn new ones with more districts that lean Democratic.

What's at issue is whether Republicans drew the original maps with the intent to discriminate. If so, Texas could be required to continue seeking federal preclearance under Section 3 of the Voting Rights Act. That section has rarely been employed because the same effect was formerly achieved through the better-known part of the law that is now eliminated. 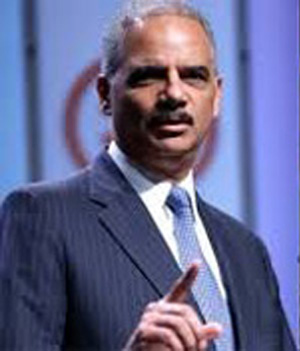 "No one in the Texas Legislature discriminated on the basis of race," Patrick Sweeten, an assistant Texas attorney general, said during his opening.

Marc Veasey, a Democratic state representative in 2011 who is now a member of Congress from Fort Worth, testified that even before the maps were drawn, Republicans on the Texas House redistricting committee held public hearings in parts of the state where they knew many minorities would be unlikely to attend.

"The wheels to kind of keep the secrecy, keep everybody in the dark, had already started," said Veasey, who was a plaintiff in the original lawsuit challenging the 2011 maps.

The Justice Department only became involved in the case recently. It had been argued for years previously by minority rights groups, including the National Association for the Advancement of Colored People.

Monday's session focused on the drawing of districts in the 150-member Texas House. Sells said that between 2000 and 2010, Texas' population increased by more than 4 million people, nearly 90 percent of whom were Hispanic. And yet, Sells said, where it was possible to draw 52 House districts where minority candidates had an advantage, only about 45 were approved.

But Sweeten said that message was taken out of context and that the process was "not about just drawing the map but drafting legislation and getting enough support for it to pass."

"Intentional racial discrimination means more than coming up with the wrong answer to a difficult legal question," Sweeten said.