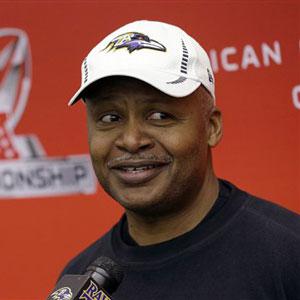 After minority candidates were recently shut out by NFL teams for 15 top jobs, the Fritz Pollard Alliance wants the Rooney Rule to include coordinators, assistant head coaches and club president positions.

The proposal sent Tuesday to league executives came a week after no minorities were hired for eight coaching vacancies and seven general manager openings. There are only four minority head coaches going into the 2013 season, the fewest since 2003.

"I think the league recognizes that these are the challenges we are dealing with when it relates to diversity and this is a plan of action that they can accept and be willing to work with," John Wooten, chairman of the Fritz Pollard Alliance Foundation said. "I feel very comfortable that this will be extended into the Rooney Rule."

In a letter to Gulliver and Jeff Pash, the NFL's executive vice president and general counsel, the alliance said: "We believe pipeline issues are a part of the reason we've seen a reduction in head coaches of color over the past few years, and this expansion will diversify the head coaching pipeline."

With teams trending toward hiring coaches with offensive backgrounds, it's important for minorities to hold coordinator positions. Baltimore's Jim Caldwell and Pep Hamilton, hired last week by Indianapolis, are the only minority offensive coordinators in the NFL.

Caldwell, who led the Colts to a Super Bowl appearance in his first season in 2009, didn't even get an interview for a coaching vacancy this offseason.

Wooten said the Rooney Rule for coordinators wouldn't apply to just-hired coaches because "it wouldn't be fair to them" going into their interviews.

"We made a differential in that the rule extends to a sitting coach when he starts to hire coordinators and assistant head coaches," Wooten said. "It wouldn't be fair to a coach coming in because that's one of the real positives of a new coach when he's sitting in that interview is to be able to tell them exactly who his staff will be and who has committed to coming with him."

The alliance also proposed a reinstatement of the league's front office and coaching symposia to train coaches and front office personnel for future opportunities.

"That's very important now because the president is very much involved in the selection process," Wooten said.

The Rooney Rule was implemented in 2003 and named after Pittsburgh Steelers chairman Dan Rooney, who pushed for it. Before the diversity rule, there had only been six minority head coaches in the NFL in more than 80 years. Since then, 12 have been hired.

The Fritz Pollard Alliance is a group of minority coaches, front office and scouting personnel established 10 years ago.