Encouraging Women Of All Races & Ethnicities To Obtain Science Degrees 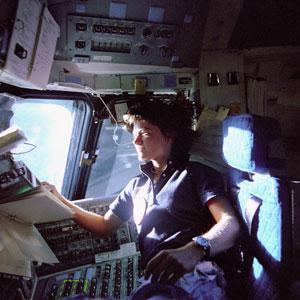 The first American woman astronaut to go into space was Sally Ride, who flew on the Challenger in 1983. Photo Credit: NASA.gov

When Harvard University President Lawrence Summers, speaking at the 2005 conference on “Diversifying the Science & Engineering Workforce,” suggested the lower numbers of women in high-level science positions may be due to innate differences in abilities between men and women, he set off a firestorm. But his statement ratcheted up programs to measure and even encourage the changing role of women from all races and ethnicities in science.

Science: Not just for Men Anymore

One question that baffles researchers is why women seem to shy away from physics. Well, not all women: Sally Ride was getting her physics degree at Stanford University when NASA began looking for female astronauts in 1977 and she answered the call. The result, astronaut Sally Ride became the first American woman in space when she flew on the shuttle Challenger in June 1983 – an event celebrated each June 18. 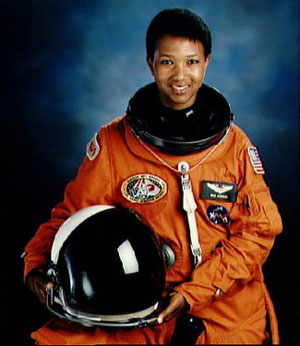 The there’s Dr. Mae Jemison, who, with degrees in medicine and chemical engineering, completed astronaut training in 1988 and went on to become the first African-American woman in space in September 1992.

In 1973 - four years before NASA began accepting female astronauts - only 6 percent of working Ph.D. scientists were women, a number that rose to 27 percent by 2006, according to the NSF. Today, women earn 41 percent of the doctoral degrees in STEM subjects but make up only 28 percent of university faculty in those fields, according to the NSF. Nevertheless, the number of science degrees awarded to women is gradually increasing nationwide, as evidenced at graduations across the country last year. The University of Arizona awarded 60 percent of their science degrees in 2011 to women, up 4 percent from 2007; and the University of Southern California saw a 5.4 percent increase in master’s degrees to women in biological sciences and an 11.1 percent increase in master’s degrees in health science.

Though more women graduate with science degrees than men, there is still a long way to go to end gender bias. Consider that between 1901 and 2011, women received only 16 Nobel Prizes in the sciences (Marie Curie was honored twice) compared to over 500 men: 10 for Physiology or Medicine; 4 in Chemistry; and 2 in Physics. A study reported in the April 2012 Social Studies of Science reveals that when men chair award committees, males win more than 95 percent of the time.

Women in science don’t just face challenges in the U.S. At the “Global Forum for Health Research” held in April 2012 in Cape Town, South Africa, it was noted that women account for only a third of publishing scientists in South Africa and overall employment in higher education was under 18 percent. In Brazil, the number of women holding PhDs was growing but the Brazilian Academy of Science remains 90 percent male.

“We do not have the right to deprive half of humanity of its full potential, and to waste talent by allowing young women to turn away from science education and scientific careers, not because of their personal choices but because of discriminatory stereotypes,” noted Irina Bokova, Director General of the United Nations Educational, Scientific and Cultural Organization (UNESCO,) in a written statement for the 14th annual L’Oréal-UNESCO “For Women in Science” awards presented on March 22, 2012, in Paris to one female scientist from each continent. 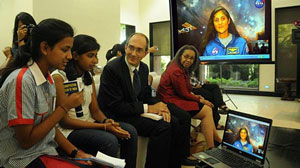 Meanwhile, officials in India cite U.S. science diplomacy as a reason why the 99th Indian Science Congress focused on women at the January 2012 "Science and Technology for Inclusive Innovation - Role of Women" conference. According to the U.S. Embassy in New Delhi: “While Indian women are still seriously underrepresented in the scientific professions and leadership and face numerous challenges, the Indian government now commits to encouraging women to pursue education in scientific, technological, and engineering fields, and to promoting and retaining women in science careers.”

U.S. researchers acknowledge our changing demographics highlight the need to diversify the STEM workforce, particularly the barriers that minority women face. With that in mind, the National Research Council’s Committee on Women in Science, Engineering, and Medicine hosted the “Seeking Solutions: Maximizing American Talent by Advancing Women of Color in Academia” conference June 7 and 8, 2012 in Washington, D.C., to examine “why the number of women pursuing a science education has grown, yet the number of women of color faculty in all institutions of higher education is still relatively small.”