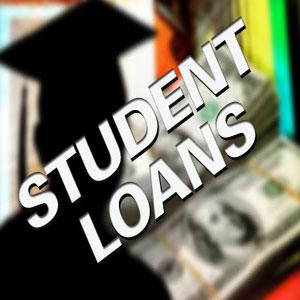 With little other choices available to them, high school graduates and adults began taking out federally subsidized students loans at low interest rates to create a better future for their families. Now, all are facing an extreme hardship because those loans are becoming due and the interest rates are doubling. Photo Credit: brandnewz.com

In the current economy, there are no jobs or if they exist, they pay minimum wage or barely above, which does not cover the cost of food or shelter for a family. What better way to solve the issue of unemployment or underemployment but by going back to school. The promise of a better life by furthering ones education was an ideal answer to a not so perfect job market for unconventional college students. Students just out of high school aptly continued their educational endeavors with the understanding that the competition for these jobs would be high and a college education was the only way to fight for the few jobs available.

For many of those traditional and not so traditional college students, term papers are in and their career pursuits after college loom in the immediate future. Another issue for the graduating college student is the repayment of their student loans. Just a few years prior, borrowing money for school was at an all-time low at 3.4 percent, which many perceived as a good investment, especially when compared with other types of investments at the time, according to Mary Bruce in the ABC News article, “Obama Highlights ‘Good News’ In Jobs Report, Renews Student Loan Push.” However, that once good investment toward education is now being challenged with the low interest student loans doubling on July 1, 2012 to 6.8 percent. 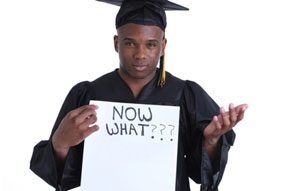 Students without extra income for college borrowed to go to school and will now experience the doubling of the interest rate on their loans. For those still looking for a job or working at a low wage position just to pay bills, this payback of their student loans is ill-timed, pressuring unconventional students with more debt and a hard lesson in the real world on how life is after college.

Eric Pianin’s Washington Post article, “Student loans seen as potential ‘next debt bomb’ for U.S. economy,” says that in 2010-11, students borrowed $104 billion — a 50 percent increase over the previous three years. Pianin adds that last year’s student loans totaled $867 billion, and 90 percent of these are federally guaranteed student loans. Pianin offers, “But the rapid growth of student debt — mostly from federally subsidized loans — has alarmed some in the financial world and looms as the biggest long-term economic problem facing many college graduates and their families today.” With interest rates about to double for those federally subsidized loans, the burden on college graduates will increase astronomically on July 1.

With many minority students opting to use federal loans to go to college, a potential "college loan" bubble is building and minorities will be hit hard when their loans become due. In the article, “If it is — surprise, surprise — disproportionately affect black people,” Dara Sharif says students debts of $30,500 or more show black students at 27 percent, whites 16 percent, Latinos 14 percent, and Asians 9 percent. The U.S. Department of Education’s article, “Digest of Education Statistics,” determines that 76.2 percent of blacks, 70.8 percent of American Indians or Alaskan Natives, and 69 percent of Latinos and Hispanics receive more financial aid than whites at 63.5 percent. Sharif says that when the interest rates increase, graduates will be dealt a heavy blow, especially when factoring in the higher unemployment rates for minority populations. 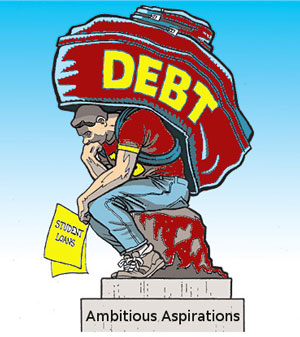 Even before interest rates increase, many defaults on student loans are occurring. Sharif explains there is an estimated 35 million people whose federal student loans are currently outstanding with an estimated debt of $805 billion at the end of March 2012. To counter another financial bubble bursting, Sharif offers Moody Analytics advice of limiting the debt burden by selecting demand careers, and completing degrees on time.

The American Dream, by many, is to live a better life than their current predicament, no matter how impoverished, they want to improve their life and live comfortably through their own self-determination and hard work. College offers many a way to begin their path to improvement, and the borrowing to fund that dream was viewed as feasible, especially with a 3.4 percent interest rate. Unfortunately the dream is now a nightmare, students cannot pay the money back due to the jobs not paying what the dreamers anticipated, or there are no jobs at all. Minorities feel this stress more than any other group, and now the predicament is an even higher debt burden. Rather than an investment in their future, many find the cost of education is just another debt.