Do Blacks Face Bias In Bankruptcy? 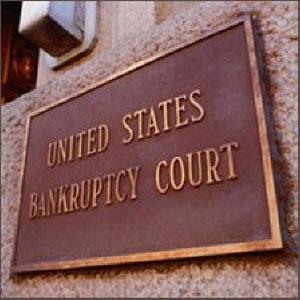 Over 117,000 bankruptcy cases in 2010 were filed in predominantly black communities. Photo Credit: yourblackworld.net

In 2011, 1.4 million Americans filed for personal bankruptcy and those with a college degree or a high paying job were not immune.

“Bankruptcy is technically the point when you owe more than you own and most people hit that point a year or two earlier but they didn’t want to give up,” says Leslie E. Linfield, Executive Director of the Institute for Financial Literacy, a nonprofit financial education, and counseling organization. “They didn’t want to financially die.”

According to the “2010 Annual Consumer Bankruptcy Demographics Report” released in September 2011 by the Institute for Financial Literacy, bankruptcy filings by the unemployed increased 21 percent since 2006, as well as a shift in those who made more than $60,000, rising from 5.5 percent in 2006 to more than 9 percent by 2010. Though the bankruptcy rate of whites and Native Americans filing hardly changed over five years, the percentage of Asian-Americans more than doubled, and Hispanics increased to 8.7 percent from 6.5 percent.

But, according to this study, African-Americans dropped to 11.3 percent from 15.4 percent.

“There has been a slow, steady decline,” says Linfield. “It’s been going down every year.”

The state of bankruptcy filings among African-Americans were part of two recent studies that’s telling to those working towards equal access to economic opportunities.

One study, led by University of Illinois College of Law Professor Robert M. Lawless, did a national survey of bankruptcy filers and found that 52 percent of the time African-Americans were filing Chapter 13 compared to 28 percent for all other races. 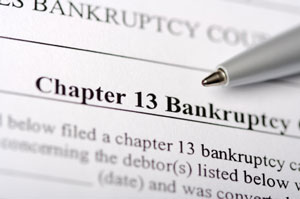 Another study reported in May 2011 by Chicago’s Woodstock Institute showed similar Chapter 13 filings among blacks within communities in Cook County, Illinois. The study also showed that most of the over 117,000 bankruptcy cases filed in 2010 were concentrated in black communities.

Both studies have prompted speculation that African-Americans are inappropriately steered into the more costly Chapter 13 filing. In fact, there exists an economic incentive for bankruptcy firms to nudge their clients into a Chapter 13 bankruptcy filing even when Chapter 7 might be more helpful.

According to the Institute for Financial Literacy (IFL), 70 percent of the filings in 2011 were Chapter 7 while 30 percent were Chapter 13 - a number that remained fairly constant over the years. IFL is one of many government-approved groups offering the mandatory counseling required when entering into bankruptcy. By the time clients come to the Institute for help, they’ve already chosen between Chapter 7 and Chapter 13.

“We have no skin in the game,” says Linfield. “We collect a fee for providing counseling, which averages $50 and that’s it.”

Chapter 13 allows those in trouble to save most of their assets. Though the attorneys’ fees are higher, debtors can usually pay the fee over time, whereas Chapter 7 generally requires payment upfront. However, only 10 percent of Chapter 13 filers ever follow through on their plan to eliminate their debt, according to a 2010 Berkley Electronic Journal of Economic Analysis and Policy study.

In such a complex financial system, the question arises as to whether institutional biases can play out without anyone within “the system” even noticing a pattern

“There’s no evidence from our study that there’s some overt, explicit conspiracy,” says Lawless. 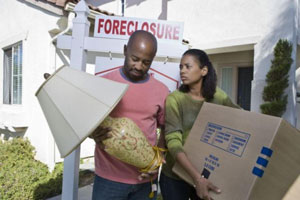 However, there seems to be a correlation with the 2008-09 financial meltdowns, when banks were throwing mortgages at anyone who wanted one and people lost their homes.

“I think there is some reason to think something like that might be going on in the bankruptcy area,” says Lawless. “I don’t think anyone sat down and said ‘let’s target Blacks’ in the pre-financial crises. But they targeted communities that were predominantly Black.”

Lawless says one of the problems with getting a handle on the issue of blacks being overrepresented in Chapter 13 is that race information is not collected as part of the bankruptcy filing process.

“It would be good for the court system to begin collecting demographic data on bankruptcy filers – and not just on race,” says Lawless. “One of the things I’d like to see is that you go in and as part of the court filing there is demographic information collected and then that information gets separated from the court file.”

Lawless says that if the courts released the statistics on a regular basis showing that twice as many Blacks file Chapter 13 - that disparity would not have gone unnoticed.

“We still have a long way to go in terms of civil rights in this country, but that kind of disparity in a court system would have triggered a national conversation I think and gotten rid of it,” he says.