Racism Still Reigns On The Waterfront In New York City 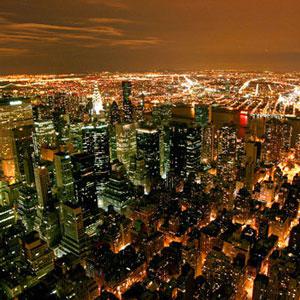 New York City, New York, the city that never sleeps, a city more racially and ethnically diverse than any other city in the country, appears to be harboring racism. Photo Credit: inhabitat.com

If discrimination and racism still reign when it comes to hiring in certain industries in New York City, the supposedly symbol of America’s melting pot where different races and ethnicities “rub shoulders” on an hourly basis, then is there real hope that one day inclusiveness and equality will be a way of life in this country?

New York, New York, let’s spread the news…. But, what news? That as recently as yesterday, there was a public and blatant example, in perhaps the most racially and ethnically diverse city in the country, that shows racism stills runs rampant.

The city with the Statue of Liberty and Ellis Island, where immigrants, representing ethnicities of all hues and shades, and a rainbow of cultural diversity, come ashore. But it’s the waterfront that seems to be anchored in its racist and discriminatory practices when it comes to hiring minorities.

The International Longshoremen’s Association, the New York City union founded in 1892 that represents the shipping companies that operate in the ports of New York and New Jersey, are ignoring and defying a government order to diversify their ranks. In a city of over more than 8 million residents, 25 percent black, 27 percent Hispanic, 45 percent white, and 36 percent of the 8 million not even born in America, union leaders presented a list of people they want to hire to fill 37 temporary positions. The problem with the list of candidates, 34 were white and there were no Hispanics or blacks. And, all but four were white men.

The Waterfront Commission that held a hearing to find out why the shipping companies that operate the ports of New York and New Jersey could not find a single Hispanic, black, or Asian who could fill those positions, was outraged. Concerned that the workforce at the ports remains predominantly white, the Commission had urged the shipping companies to at least produce a diverse pool of candidates for the temporary positions. 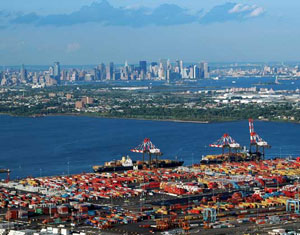 After doing some investigation on their own, the Commission found 246 potential employees that were better qualified for the jobs than those the union had presented. About a third of the candidates on the union’s list failed to pass physical exams, and others were disqualified because of their connection to organized crime. Upon questioning, the president of the New York Shipping Association said, “I’ll admit that we didn’t do as good a job of screening as we should have.”

Let not the refrain from that famous song, “…If I can make it there, I can make it anywhere…New York, New York,” be an omen. Because in the city that never sleeps, some jobs still seem to be reserved for certain groups and not others.

If inclusiveness is not a part of the landscape and waterfront in New York, a city of racial and ethnic minorities unlike any other in America, then where? If racism reigns at the ports, what does it say about discriminatory practices in other areas of the work force?

More importantly, what will be done to break the cycle of racism and discrimination in those areas of employment where minorities clearly qualify?

Wow...I was truly shocked to read this article. I know that companies involve screenings before hiring their employees, which is why there is normally a background check form to fill out prior to hiring. TO think this water front work place wouldn't do that blows my mind. It is completely discriminatory to hire 34 (white) people out of 37 total hires. Racism obviously still lingers within companies today, and it is evident that societal stereotypes are to blame. Just because criminality is "stereotyped" toward Hispanics or Blacks, does not mean white people are not just as likely to be "criminals." Although workplaces claim to be equal, there is still that doubt in their minds that almost subconsciously leans them toward hiring men of no color.