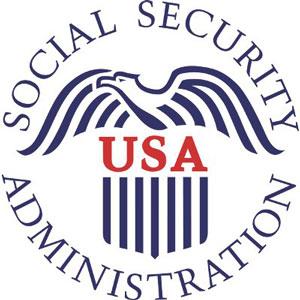 Many in Congress want to privatize Social Security, but how does that help future retirees, espcially minorities and the poor, when they need the money most? Photo Credit: personalfinancialhelpcenter.com

Social Security, the system millions of Americans have depended on for decades is in trouble. The implications are dire for the most needy among us — millions of minorities and ethnic groups on the lower rungs of the socio-economic ladder.

Frank Bane, in the article, "Social Security History" indicates that the Social Security Act, enacted on August 14, 1935 as part of a plethora of New Deal legislation under the direction of President Delano Roosevelt, offered all Americans the ability to put money back during their working years’ to utilize in retirement. During the 76 years of social security, many hands have manipulated that promise of retirement.

Currently, solutions to the rapidly dissipating retirement funds threaten to deplete the security of retirement for future generations, which means those needing social security the most are likely to lose the most. Those with middle to lower income will be affected the most by the social security changes. With such an unstable system, minorities and other groups with little or no discretionary income are the ones who should educate themselves now on retirement rather than depend on a program that may not be an option in the future.

Planning for the future is a consistent issue for minority workers. David C. John, in the article, "Disparities for Women and Minorities in Retirement Savings," states that black workers are more often to be public sector employees. He also adds that public sector jobs offer 401(K) benefits however only 50 percent of African-Americans participate in 401(K) programs in contrast to 59 percent of whites who participate in retirement programs offered by their employer.

One reason African-Americans opt out of an employer’s retirement program is that their wages are just enough to provide for their families. John explains that blacks earn on average $32,000 annually, which is about two-thirds of a typical household in the U.S. Approximately 17 percent of the African-American population is listed as one of the lowest annual salary groups. 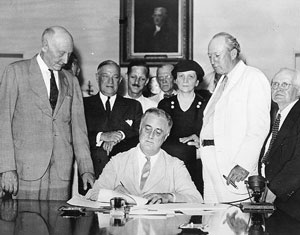 Since it takes longer for lower income employees to prepare for retirement programs due to lower earnings, Steve Vernon, in his article, "Retirement Planning for the Middle Class: 3 Essential Strategies," suggests that workers work as long as they can before retiring because they do not earn an average annual income of $48,000.

Vernon also recommends that individuals delay using their social security benefits in order to allow them to accumulate for maximized benefit, but adds that seniors should apply for benefits before age 70.

Vernon also suggests using home equity because it allows families on a fixed retirement budget to generate additional income. Vernon recommends several options for utilizing home equity, which includes selling a home and purchasing a cheaper house, or renting a home to free up cash. Another option is to rent out rooms, or utilizing a reverse mortgage to provide additional income, but he says this should be a last option.

If minorities and those who suffer from lower wages plan for retirement early, it will allow them to have the freedom to retire as intended. And if social security still exists when they retire, it will be a beneficial cushion to their meticulous planning. But at this time, it is not advisable for younger lower income populations to plan on social security; rather they should count on the money they earn today in their plan for the future.

I think the whole issue about retirement with social security benefits is very frustrating and also another form of discrimination. First of all social security benefits is really another form of a savings account. Social security benefits isnt a form of payment that the government is giving us for free. This is something that we have worked for and give money to the government out of every paycheck to hold for us until we reach a certain age and now it may not be available for us when we need it...What kind of crap is that? Thats the same as the government stealing money from american citizens. If social security will be diminished then i want all the money back that i ever put into social security. Where did all the money go? Ill tell you, it went to bail out those businesses that were failing, instead of to the citizens who need it...I say its a form of discrimination because when you think about it, who owns the businesses, most of the businesses that were bailed out were owned by blue collar white americans. Who are still misusing money and the system...Another issue i have with the idea of no social security is, why are we still paying into it, if there is a possibility we wont receive it...The deductions for social security benefits should be optional, for those who want to gamble with the chance that they may or may not recieve benefits, should be able to opt in to keep having it deducted...And for those who would rather take that money and use it now or put it into our own savings plan we should be able to opt out of having it automatically deducted from out paychecks!!!!!!

Needless to say, What is right is not always liked. some may like this benefit, and others do not see a purpose to it. Not having this be available to us after a certain age is unthinkable. We plan to have this when we reach a certain age and devote our time and money to be ready and prep for it, and you dont want to give it to us? This is something that we work for and should not be taken away, this isnt a government issue, this is a small attack that some will just let slide and others will take action against. What reasons are there to take away? None that are agreeable or logical. If the government is looking out for our best interest then ok, that means you would plan a better kind of social security. And why would this target minorties? and why are hispanics, african americans, etc called minorities when we all know that the world is more than balanced with each race. if this will effect "minorities" this should also affect the "majorities"