Obama's Jobs Bill: When Partisan Politics Trumps The Best Interests Of The People It Diminishes All Of America 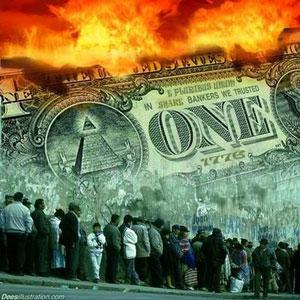 As American workers continue to face one of the worst job markets in recent history, and the recent disgrace of how Congress acted in the debt ceiling debate, the reality of Congress passing the new jobs bill into law looks bleak as they once again fight tooth and nail over every detail. Photo Credit: http://chivuhomework.blogspot.com/

Every major crisis this country has faced, at the end of the day, required a willingness of elected officials to sit around the table in earnest and work toward arriving at the best solution given the circumstance. Great leaders, whether found in the President, a Senator, or member of the House of Representatives, know firsthand that the pathway to achieving effective public policy when the stakes are very high, and the country is in a state of crisis, is compromise.

A willingness to follow that pathway, which is replete with examples of how it has worked in both recent and distant history, will be required to pass this all too critical American Jobs Bill.

In a speech to Congress on September 8, 2011, President Obama presented a plan to increase jobs in combination with other forms of relief for small businesses. In addition to generating jobs through construction projects, the bill contains business incentives for companies who hire people who have been unemployed for a substantial timeframe, as well as our veterans who are returning home from the Iraqi and Afghanistan wars.

The bill not only provides tax cuts for those whose income falls into the lower to middle class ranks, but a much needed provision that would put into act a fair taxing system for major corporations and high earnings individuals who can afford to pay their fair share. Peter Nicholas and Christi Parsons in the article, “Obama pitches job plan,” addresses the taxing provision. Mark Zandi, chief economist for Moody’s Analytics, calculates that Obama’s proposals in their entirety would reduce unemployment to 8 percent by adding 2 million jobs.

Unfortunately, the jobs bill may create just another spark for debate between both parties that will continue to delay and impede economic recovery efforts. Such protracted partisan bickering, for whatever reasons, have far-reaching effects for the United States and the world economy. We are still seeing the rippling effects of the debt-ceiling debacle.

What will be the fate of the American Jobs Bill?

President Barack Obama is taking his jobs plan to the people. He is asking for their help and encouraging citizens to call their elected officials to urge them to support and sign the American Jobs Bill. The President has been traveling since the unveiling of the jobs plan in an attempt to garner public support while also urging Congress to approve the legislation. 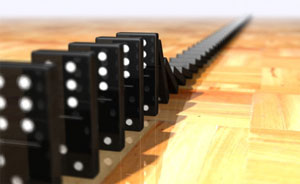 But, will that be enough?

You may recall that despite warnings to Congress from Treasury Secretary, Timothy Geithner, and Federal Reserve Chairman, Ben Bernanke, many months before the impending deadline, increasing the debt ceiling almost did not occur until a last minute compromise days before the United States would default on its loans. The venom between the parties was palpable.
The negative and potentially catastrophic effects on the nation and the American people did not seem to make much difference.

The fact that the United States would face increased interest rates, home values would continue to plummet, and panic would ripple through stock markets all over the globe diminishing investments and savings did not seem to matter. There would not only be any possibility of job creation, there would likely be increasing job loss, as well as the dreadful possibility of more businesses collapsing. The spectacle of possibly not being able to support our troops, mail social security checks, and pay veterans benefits seem not to have any real import on Congress.

Again, what will it take to get Congress, the people’s house, and the Senate to do what is in the best interest of the people?

Failure to pass the jobs bill will surely sink us deeper into an economic recession, if not indeed a depression, having an even more devastating effect not only here at home, but also abroad.

As unemployment continues at 9.1 percent overall, the rate is even higher among minorities and teens. In essence, those who are already at an economic disadvantage are suffering, yet again, disproportionately during this economic recession.

We as a nation need to not only pass the American Jobs bill, but we must pass it with purpose, enthusiasm, and unanimity. Not doing so will send yet another signal to the global economy that America is weak and teetering. We, the great United States, just cannot get our act together.

What price are we willing to pay all because of partisan politics?

Most Americans still believe that there is not a problem we face as a nation that we cannot effectively address, if we come to the table with a willingness to work together to find a solution.

Let us hope that the people we sent to Congress to represent us will rise to the occasion — for the sake of not only of hurting Americans, suffering people around the globe, but for the great American giants who have gone before them. They stand on the shoulders of those who rose to the level of leadership required when faced even more difficult and higher stakes in times past.

If for no other reason, do not let the great unselfish leaders who performed patriotically in crisis past. With that goal alone, you will not let America down