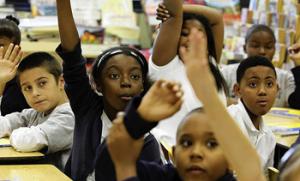 Justice Department documents show its civil rights division is still a party to 43 school desegregation lawsuits against school districts in Alabama, 24 in Louisiana, 5 in Tennessee, 3 in Arkansas and 35 in Georgia. Photo Credit: atlanticblackstar.com

School desegregation is still a major issue throughout the south, sixty-years after Brown vs. Board of Education was supposed to dismantle the "separate but equal" doctrine and practice.

In Mississippi alone, forty-four school districts - the largest number in the Southeast - remain embroiled in lawsuits seeking to end decades of federal oversight.

Legal battles over school desegregation have persisted since the U.S. Supreme Court's Brown v. Board of Education decision in 1954. In the 1960s, school districts across the South were sued and given desegregation orders, which put them under Justice Department scrutiny.

President Barack Obama, on the anniversary of Brown v. Board Education, said the decision was "the first major step in dismantling the 'separate but equal' doctrine that justified Jim Crow," the racial segregation laws in place at that time across the South.

Justice Department documents show its civil rights division is still a party to 43 school desegregation lawsuits against school districts in Alabama, 24 in Louisiana, 5 in Tennessee, 3 in Arkansas and 35 in Georgia.

Among cases in Mississippi is a request by the 5th U.S. Circuit Court of Appeals to U.S. District Judge Glen Davidson to explain how the latest possible solution - a freedom-of-choice plan he ordered - would desegregate the school system in Cleveland. The Delta city has 12,348 residents, with 50.2 percent black and 47.5 percent white, according to recent U.S. Census data.

The government has claimed Davidson's plan would not effectively desegregate two all-black schools - East Side High School and D.M. Smith Middle School. But before Davidson could issue an explanation to the April request, Cleveland school officials and the Justice Department agreed June 17 to a timetable to present another desegregation plan to Davidson by December. If approved, it would take effect in the 2015-2016 school year.

The district is expected to have a proposal ready in September. If both sides agree, a consent plan could be before Davidson in early December. If there's no agreement, the process begins again. 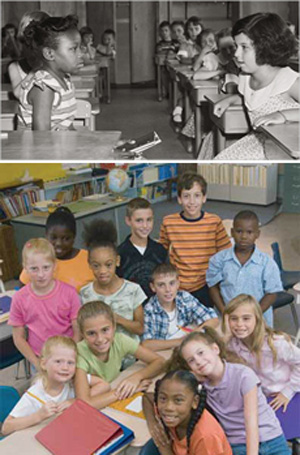 The desegregation case dates from 1965, when plaintiffs sued the school district to end white-only and black-only schools in Cleveland. The school system has been under oversight of federal courts ever since. The district petitioned the court to remove it from federal oversight in 2011.

In Cleveland, two middle schools and two high schools have co-existed for decades. One set is all black; the other, school officials say, is well-balanced for race.

The complexities of resolving the long-standing dispute are many. The school district wanted to introduce magnet programs at East Side High School and D.M. Smith Middle School to attract white students from Cleveland High School and Margaret Green Jr. High School. Magnet schools have a specific theme or mission that drives their curriculum, such as fine arts or science. Magnet schools still must be racially balanced.

Instead, Davidson, in his 2013 order, said junior high and high school students could attend any school they wanted - a freedom-of-choice plan. He had earlier rejected a government proposal to consolidate the schools.

The 5th Circuit said in April that statistics show not a single white student chose to enroll at D.M Smith or East Side High after Davidson's order, and that over decades no white student has ever enrolled at D.M. Smith or East Side High. The 5th Circuit said firmly it disagreed with a freedom-of-choice plan where such plans have "historically proven to be an ineffective desegregation tool." In their request to Davidson for time to compromise, neither the school district nor the government mentioned the 5th Circuit ruling.

Davidson, in granting the motion, told both sides to involve parents, school personnel, community leaders and students as they worked toward a solution. He urged the government to meet with district officials to schedule a tour of the schools and share information from consultants and outside experts.

Davidson said he expected the parties to "work in good faith to negotiate an agreed-upon plan," to resolve disagreements and collaborate and cooperate in the review of desegregation options.

The effort now being made appears to have all parties believing after 50 years that a solution is nearing.