Migrant Workers Sue for Being Underpaid 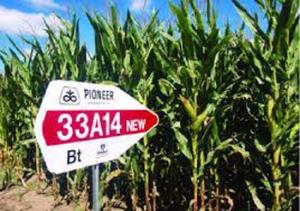 Migrant workers are suing the seed company for being underpaid for work in the corn fields. Photo Credit: truthabouttrade.org

The workers are mostly from Texas and were hired in 2012 to work in Cass County. Detasseling is hot, labor-intensive work that occurs while the corn still is in the ground.

The seed company denies the allegations. A court filing last week says all parties "remain open" to a settlement.