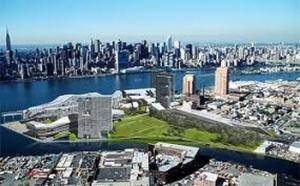 Two housing programs administered by a suburban New York town discriminate against blacks because the town gives preference to its predominantly white population, the Justice Department said in a lawsuit filed Thursday.

"To the extent residency preferences prevent families and senior citizens from purchasing homes because of race, ethnicity or color, the preferences violate federal law and cannot be tolerated," said Loretta Lynch, the U.S. attorney for the eastern district of New York.

The lawsuit, filed in U.S. District Court in Brooklyn, contends that two programs administered by the town of Oyster Bay that offer below-market rate housing for first-time homeowners and senior citizens effectively eliminate blacks from contention because only 1 percent of African-American families living there are income eligible.

The complaint noted that whites made up as much as 90 percent of eligible families. 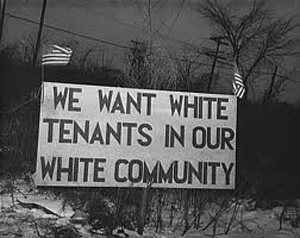 Best known as the home of former President Theodore Roosevelt, the town encompasses all of eastern Nassau County, stretching from the Long Island Sound to the Atlantic Ocean. It has a population of about 300,000, according to the 2010 Census, and contains both working-class suburban neighborhoods and sprawling bucolic country estates that can cost tens of millions of dollars.

The town released a statement saying it has retained a law firm and will defend itself in court.

"It is just plain wrong to suggest that the Town of Oyster Bay is anything but a welcoming community to all people regardless of race," Town Supervisor John Venditto said. "We are now prepared to vigorously defend our housing programs in Court, because these housing programs are vitally important to our community."

The Justice Department also said Thursday that it had settled a companion lawsuit against the Long Island Housing Partnership, a nonprofit responsible for administering one of the programs. The organization has agreed to analyze its policies to ensure it does not discriminate. It also will provide education and training to localities, banks and others about fair housing laws.

The suit seeks civil penalties and a change in the town's policies.