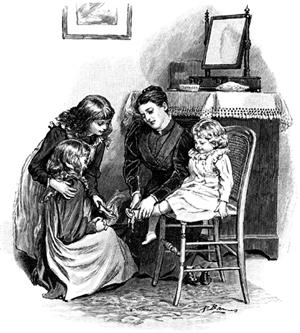 On the morning of February 3, 1903, clergy, attorneys, educators and other prominent African-American citizens from St. Louis, Kansas City and St. Joseph gathered in the A.M.E. church in Jefferson City, Mo. They came to plan their presentation at a committee hearing in the Missouri House of Representatives to show why it should kill a bill that would require all railroads in Missouri to run separate cars for black and white passengers.

That evening, prior to what the St. Louis Post-Dispatch later described as galleries “where standing room was at a premium.” Rev. Dr. D.P. Roberts, rector of St. Paul’s A.M.E. Church in St. Louis, told the committee that “we cannot forego viewing a measure that separates us from other citizens in the enjoyment of the common facilities of public travel as a brand upon our manhood.” A month earlier, two members of the Missouri House of Representatives introduced segregation bills prompting a flurry of organizing among African Americans around the state.

Since the Supreme Court decision in 1883 to overturn the Civil Rights Bill of 1875, legislatures in Southern and Border States one-by-one implemented bills like the one proposed in Missouri. In each state, the bills passed despite strong opposition from black political groups. The Jim Crow bills preceded literacy tests, grandfather clauses and other measures to keep African-Americans from voting. 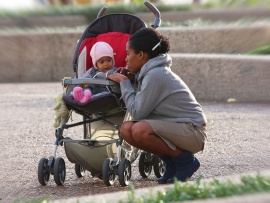 Unlike most states of the old Confederacy, Missouri had never elected an African-American to its legislature. However, Missouri’s African-Americans still wielded a certain amount of political power. Democrats, many of them former Confederate office holders, had run the state since 1873 with narrow majorities.

A minority of blacks in Kansas City and St. Louis owed their jobs to white Democrats who expected their votes. In particularly close elections, those voters could swing an election. At the same time, Republicans knew that they could not win control of the state without solid African-American support.

One former Democratic Governor, Lon Stephens, attempted to woo black voters by offering them state jobs. He publicly opposed the Jim Crow bill in an interview with the Rising Son, a Kansas City weekly published by the African Methodist Episcopal Church, because “he thought the whites should try to help and improve the condition of the Negro race instead of trying to make it worse by obnoxious legislation.”

When the bill came up to a vote in the full house, every Republican voted against it, while most urban Democrats declined to vote. Kansas City Democratic Representative Arthur Chapman voted no. Chapman said he opposed the measure because 800 African-American votes helped elect him.

In 1907, a Jim Crow rail car bill passed the Missouri Senate. This time the bill called for separating whites and blacks with a string or a curtain stretched across the car. When introduced into the House of Representatives, loud cheers from the gallery greeted the bill. However, as it did four years earlier, the bill elicited a massive response across Missouri’s black communities. Aaron Lloyd of St. Louis, grand chancellor of the Knights of Pythias, an African-American fraternal organization, and Tom Bass, a world famous horse trainer from Mexico, Mo., distributed a leaflet to every legislator describing the history of African-Americans in Missouri which had been compiled by members of Central Baptist Church in St. Louis. The leaflet cited the growing literacy and economic status of Missouri African-Americans and asked, “Shall the Legislature of this State permit a passing spasm of adverse sentiment toward the negro in the country to throw the race and state backward to where they were forty years ago.” 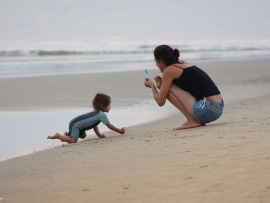 The Pythians spread their anti-segregation message throughout the state.

On February 12, African-Americans in Kansas City held what the Rising Son called a mass meeting to choose a delegation to go to Jefferson City to speak at a committee hearing the next night. According to the St. Louis Post-Dispatch, “Prayers were offered in every negro [sic] church in the State [sic] for the defeat of the bill, while the leading negro [sic] educators and orators were protesting before the House Committee on Railroads against its passage.”

This time, after another morning meeting at a Jefferson City church; speakers against included African-Americans from St. Joseph, Macon and Jefferson City as well as St. Louis and Kansas City. Once again, the bill failed to muster a majority in the House.

No similar bills ever came close to passing in Missouri. Missouri remained the only border or Southern state to be free of Jim Crow public accommodations laws.