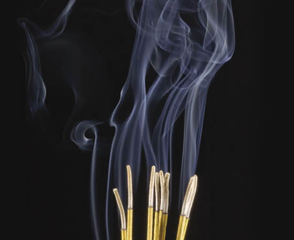 I grew up in a family that placed its faith in hard work, talent, and creativity. Writers and filmmakers, we made our living questioning authority, not bowing to it.

My late Jewish stepmother never referred to her heritage while my father proclaims himself an atheist. As I entered my teens, only my mother, formerly Episcopalian, became a devout Catholic.

I attended an Anglican boarding school, memorizing Bible verses to gain privileges. Every Sunday evening brought another missionary to show us slides of their distant good deeds. By the time I left, ritual piety repelled me.

I became a journalist, a field that rewards skepticism and values the unwillingness to accept easy answers based on racial discrimination articles.

So did my fiancé Jose, a Hispanic born in New Mexico to a Baptist minister. Our separate careers flourished, surrounded by hardened news journalists, people who defined themselves by, and rewarded others for, their intellect and their detachment. Religious faith played no role in our lives.

Then, at mid-life and mid-career, we each encountered evil.

He lay in the bullet-pocked villages of Bosnia, where he was sent to photograph the aftermath of a war. Bitterly cold weeks spent capturing images of death, destruction, and the trauma of the hate filled racism news, left him deeply shaken.

My demon was a handsome, charming man who smothered me with compliments and gifts. I was lonely, low in confidence, and a perfect target for this con man convicted of fraud in another state. Sickened by his deception and manipulation, I lost my own bearings — my career relies on the ability to judge strangers carefully.

Like Jose's, my soul was deeply bruised, my trust in things secular well rattled. Our hunger for healing led us to different paths.

Jose chose Tibetan Buddhism and took the vows of refuge in 1998. He relished its chanting, full-body prostrations reconnecting him to the earth and its central tenets of love, wisdom, and compassion. When we began dating, his Brooklyn apartment included a meditation room with a shrine to Buddha and brightly-colored prayer flags hanging overhead. He regularly participated in faith-based retreats.

I began attending a nearby Episcopal church. The hymns and liturgy felt comforting and familiar, the elegant and moving language I now recalled, gratefully, from childhood. On rare Sundays when our service included incense, I reveled in the beauty and mysticism of "smells and bells." As Jose did, I began once more to feel safe, welcomed into a new community.

When he and I met, I wondered if or how our faiths would intertwine. He was comfortable with Christianity, even if Episcopal rituals and language were new to him.

I had never brought a boyfriend to church, my sacred space. On his first visit to St. Barnabas, a small, conservative suburban congregation, Jose made his own beliefs clear, wrapping a turquoise silk prayer shawl about his neck and wooden mala beads around his wrist. Heads turned. As our minister walked up the aisle after service, Jose placed his hands together and bowed low in namaste, the traditional gesture of respect.

I've since met his lamas and fellow Buddhists. I've tried meditation and learned the significance of the bodhi tree, beneath which Buddha attained enlightenment. I've learned some of his spiritual language; Rinpoche, samsara, dharma, and boddhisattva are as real to me now as the Eucharist, a vestry, compline, and discernment are to him. Tibetan chants or "All Things Bright and Beautiful" — both celebrate our spiritual aspirations.

Jose even introduced his Long Island-born lama, Surya Das, to our 65-year-old minister, Charlie Colwell, a lobsterman's son from small-town Maine, who was delighted to hear one of Surya's teachings.

But attending a recent Buddhist funeral showed us what we really share. It was for Dith Pran, a Cambodian photographer whose life was portrayed in the film "The Killing Fields," and whose gifts to journalism were legendary.

Four Buddhist monks in saffron robes, their heads shaven, chanted over Pran's body, their mantras rhythmically hypnotic. A small golden Buddha lay near the open coffin. Each mourner placed a white carnation and several sticks of incense atop his body, so many they formed a fragrant white blanket.

That overflowing room in a small-town New Jersey funeral home held Christians and Jews, Muslims and Buddhists, from the wealthiest and most powerful to those who had met Dith Pran only once but, moved by his bravery or his irrepressible humor, traveled many hours to pay their respects.

It didn't matter what our ethnic or cultural backgrounds were, or to whom, if anyone, we prayed that cold, gray day. Love united us.