How Would You Like Your Homegrown Terrorism Served Up? 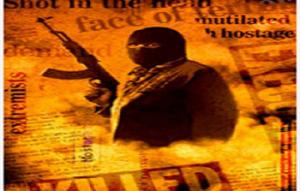 In a world of instant everything, we hear almost daily about people “exercising” their 2nd Amendment rights by openly carrying everything from small arms (hand guns) to semi-automatic weapons like the all too commonly carried, AR-15. Photo Credit: shariaunveiled.wordpress.com

How would you like your homegrown terrorism served up as you are sitting at your favorite restaurant or just stopped in the local eatery for a quick bite to eat or soda? If the question isn't foremost in your mind, with the growing incidents of extremists attacking innocent citizens for some crazed cause, under the guise of 2nd Amendment Rights, perhaps it should be.

There are many gun rights groups that support the 2nd Amendment, but do they really understand under what conditions this Amendment came into being and why? We do not have a prevailing condition that demands a citizen's militia. We are not in an active wartime environment. The 2nd Amendment was primarily invoked for these reasons in the early days of the birth of this nation.

What does the 2nd Amendment mean for today? As a nation, we should collectively rethink how we as a country approach this volatile issue.

In light of the recent rash of school shootings, it has become imperative. In a world of instant everything, we hear almost daily about people "exercising" their 2nd Amendment rights by openly carrying everything from small arms (hand guns) to semi-automatic weapons like the all too commonly carried, AR-15. This semi-automatic rifle in particular, has become the weapon of choice for those who reside on the lunatic fringe of this issue. 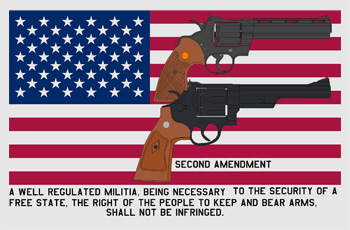 What will it take for the conversation to move from hypothesis to action? In order for one to actively exercise their rights, one must first understand them. And in order to do that, a working knowledge of those rights are a requirement. In this very public conversation, knowledge is a starting point. And with this knowledge we should begin to forge solutions to the problem.

The problem seems, at least to be two-fold: First, an absence of a working knowledge of the 2nd Amendment; and secondly, understanding the conditions that seat the 2nd Amendment in its place in the Bill of Rights.

Moreover, no one is advocating abolishing the 2nd Amendment, as many zealots and propagandists would have you believe. Additionally, no one would deny the right of an individual to protect themselves, their families and their property. What IS at issue is the process and actions that are forged under the meaning and protections that the 2nd Amendment affords when it comes to the right to bear arms, and the quality of the processes that undergird the protection of the public and its rights and the way we bridge that gap.

The constant flashes of home-grown terror in our schools and places of business or leisure, beg for the redress to that question. Or we just may as well make a vigilant mindset about a terrorist in our midst as much a part of our lives as sitting in our favorite spot enjoying our morning cup of joe.