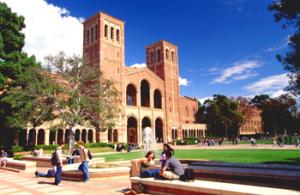 The University of California, Los Angeles (UCLA) is considering a requirement where all undergraduate student must take a class relating to diversity in order to graduate. Photo credit: admissions.ucla.edu

University of California, Los Angeles officials are considering a requirement that most undergraduate students take a class in racial cultural, gender or religious diversity as part of their pursuit of a degree.

University of California, Los Angeles officials are proposing that most undergraduate students be required to take a class in racial cultural, gender or religious diversity in order to graduate.

The Los Angeles Times reports that this is the fourth effort to bring such a requirement to UCLA's College of Letters and Science, which enrolls about 85 percent of undergraduates.

Such a requirement has existed at the Arts and Architecture school for the last six years and is at most UC campuses and many other universities. But the curriculum change has been repeatedly rejected in votes by the college's faculty group.

Previous proposals have been met with questions about whether students were already overburdened with requirements, whether the university could afford extra classes, or if the classes improve ethnic relations or skew left politically. But UCLA Chancellor Gene Block said it's important for students to have an explicit class that deals with multiple cultures in the United States living together.

Faculty leaders are now preparing for another attempt to bring such a requirement to the college for students entering in fall 2015, said Jan Reiff, a UCLA history and statistics professor who is chair of the campus-wide faculty Academic Senate. But this time it may be revised to include more community internships and more science courses, she said.

But UCLA anthropology professor Joseph Manson, who opposed a previous effort in 2012, questioned whether it's appropriate to change the curriculum for non-academic, or political, goals.

The UCLA College Republicans, a student group, said in a statement that it values diversity but believes the new proposal is "a guise by university leadership to push an otherwise unwanted and offensive political strategy." They said there are more effective ways to promote tolerance and understanding among students, such as expanding free speech zones on campus.

According to last fall's statistics, UCLA has nearly 25,300 U.S. undergraduates of which 39% are Asian American or Pacific Islander, 31 percent are white, 20 percent are Latino and 4 percent are black.

As UCLA debates such a requirement, the University of California, Berkeley is commemorating the 25th anniversary of its "American Cultures" requirement, which mandates all undergraduates take a least one of more than 300 semester classes exploring U.S. diversity.