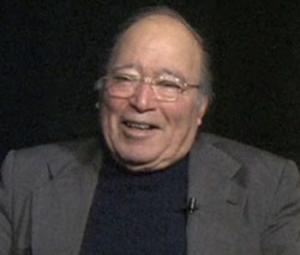 Henry Casso died in Albuquerque, New Mexico where he had spent so much of his life promoting equality for Mexican-Americans. Photo credit: uiw.edu

Casso died at an Albuquerque hospital and had been suffering from a number of illnesses, according to Ralph Arellanes, the New Mexico state director of the League of United Latin American Citizens.

Born in Detroit, Casso grew up in an orphanage after his father was severely injured in a train accident. It was at an orphanage, Casso would later say, where he developed a desire to join the priesthood and use biblical stories to fight poverty.

Ordained as a priest in 1957, he served a number of San Antonio parishes before leaving the church for a life of scholarship and fighting discrimination against Mexican-Americans. A supporter of President Lyndon B. Johnson's "War on Poverty" programs, he founded PADRES, a national organization that pushed for Latino bishops and urged the Catholic Church to address equality.

He also helped found MALDEF, a national group that spearheaded a number of civil rights court challenges, and was the organization's first education director.

In addition, he created the Massachusetts Undergraduate Teacher Training Bilingual Program while he was an educational doctoral student at the University of Massachusetts.

"Dr. Casso was a pioneer in the area of civil rights and education for Latinos," Arellanes said. "He opened a lot of doors for many and did it because he thought it was the right thing to do." 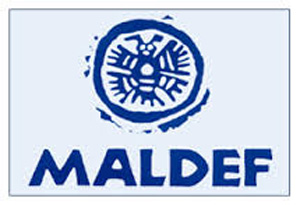 Celine Radigan, a spokeswoman for the Archdiocese of Santa Fe, had worked with Casso on some projects. She described him as a man of deep faith and great intelligence who was always willing to offer his services.

"His resume was just mighty and his friends and protégés span the globe," she said.

In an interview with The Associated Press last year, the retired University of New Mexico education professor said his religious training kept him motivated to fight poverty and discrimination. "I think getting a good education is one way to fight all of it," said Casso, who was on a number of New Mexico education task forces. "If we can get more Hispanics through college, we could really make a difference."

Through another program, Project Uplift, he helped students in New Mexico, Texas and Colorado prepare for high-tech careers.

In retirement, Casso became an advocate for making Sor Maria de Jesus de Agreda, also known as "The Blue Nun," a saint. The 17th century Catholic icon is lauded in Spain as one of the most influential women in its history and is believed to have influenced the Jumanos Indians to build what is now called the Salinas Pueblo Missions Monument in central New Mexico.

Last year, Casso led a group of pilgrims to the site after one of his legs was amputated because of diabetes. "The doctor told me I was going to lose my other one. So, I made a promise to Sor Maria that I'd make the pilgrimage if she would help save my last leg," Casso said in April 2013. "She kept her promise."