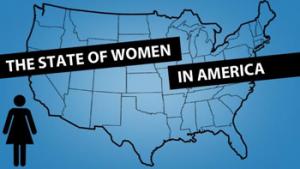 A new report shows that many disparities and inequities still exist for women in America, and the conditions are even worse for minority women. Photo Credit: wpbj.com

There is little doubt the role of women in the United States has changed considerably over the past few decades, with more women entering the workforce, winning public office, and seeing victories for their health rights.

But despite these advancements, substantial inequalities remain in all of these areas, according to a September 25 report, "The State of Women in America: A 50-State Analysis of How Women Are Faring Across the Nation." The report comes from the Center for American Progress, which has teamed up with the Planned Parenthood Action Fund, Service Employees International Union, and American Women to launch the Fair Shot Campaign: A Plan for Women and Families to Get Ahead.

The new CAP report details these disparities by ranking each of the 50 states using 36 factors related to women's economic security, leadership, and health – all of which have a unique impact on women.

While 2012 was a turning point for women in terms of getting elected to public office, "women still comprise only 18.1 percent of Congress, despite making up more than half of the U.S. population," notes the report. Women also "face challenges on health issues, as 2012 saw continued conservative efforts to erode women's ability to make their own decisions about their health and well-being."

Women in Mississippi, Wyoming, and Alabama all face similar wage gap challenges, with women in all three states suffer from high wage gaps. In fact, Wyoming has the largest wage gap for women in the country. And none of these three states have any sort of paid family, sick, or temporary disability leave policies, according to the report. 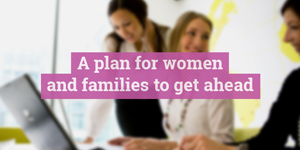 Although an increasing number of women are either the sole breadwinner for
their family or share the role with their partners, women in the United States are paid only 77 cents for every dollar a man makes. The pay gap is even larger for women of color. On average, African American women make 64 cents for every dollar that white men make.

One striking example is for the "Poverty Rate for Women and Girls." For African American, Hispanic, Asian American, and Native American women and girls, all put Louisiana, Utah, Oklahoma, Alabama, and Mississippi as the top 5 states. Those same five states are ranked the top 5 for the overall poverty rate in women and girls.

An interactive chart allows individual data by state to be displayed.