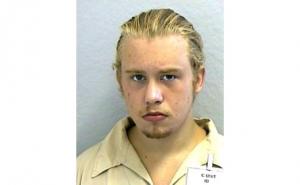 Kyle Powell, 24, is one of the white supremacists convicted of the assault of two men on New Year's Eve. Photo credit: hadron.patch.com

Gunar, 29, was sentenced Wednesday to nearly three years after pleading guilty to assault. He also faces deportation to his native Slovakia.

Powell, 24, was sentenced to 15 months on a conspiracy charge.

Before issuing the sentences, Judge Joel Pisano told the men their "blatant acts of racism" against random victims "requires a sentence that recognizes the seriousness of the offense and the outrage of it."

He nonetheless imposed the minimum terms negotiated in plea deals and agreed to allow Powell to defer the start of his term until he finishes school in December.

Both were part of the "Aryan Terror Brigade," a supremacist group that exists mostly online and has more than 100 members.

A third defendant, Christopher Ising, is set to be sentenced Friday after pleading guilty to the same charges as Gunar. Ising, 31, lives in the Waretown section of Ocean Township and is a purported member of a white supremacist group known as the "Atlantic City Skins." 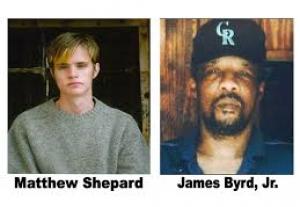 U.S. Attorney Paul Fishman said in the indictment the men had attended a white supremacist get-together and then drove to an apartment complex in Sayreville in 2011 looking for non-whites to attack.

Gunar admitted he brandished a knife and shouted anti-Arab slurs. He said he assaulted one man by pulling him out of a parked car and punching him in the face and head, causing a bloody nose and other injuries. The second victim was punched in the back of the head with brass knuckles.

Neither victim was identified, and neither attended the sentencings. Both have recovered from their injuries.

The defendants, both of whom had prior records, addressed the judge separately, apologizing for their actions and saying that their association with the supremacist group had ended. Powell had driven with the others to Sayreville but apparently did not participate in the attacks and was the first to contact authorities about it.

The federal hate crimes law is named for Shepard, a gay college student who was fatally beaten in Wyoming in 1998, and Byrd, a black Texas man who was dragged to death by three white men the same year.