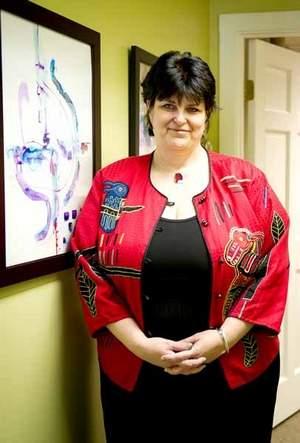 Caption Photo 1: Susan Carmen-Duffy, creator of the charity “Create Art 4 Good,” knows and appreciates the value of the differences among peoples, places and culture.

Artist Susan Carmen-Duffy is a woman familiar with, and appreciative of, the differences that separate us. Vive La Difference defines and captures her essence.

Carmen-Duffy, creator of the charity "Create Art 4 Good," knows that multicultural influences have been part of her life from the very beginning. She proudly says, "I was raised in a loving home by my Italian father and French/ Welch/English/and more mother. We were raised Catholic, but more importantly Christian."

Carmen-Duffy went on to say, "I was very aware from a young age that there were many people around us that not only had very different backgrounds but also called themselves something different (particularly with regards to religion). But I always knew we were 'the same', meaning that differences were celebrated rather than feared."

Wouldn't it be grand if we could encounter the peoples, places and cultures of the world and proclaim Vive la difference! Long live what makes us different!

This mother of three reflected on the various cities and towns in which she has lived and noted the togetherness that city living inspires. "I have to say," she said, "that in many ways, the city was a much more welcome place. Life's melting pot, homes close together, each of us invested in our neighbors and neighborhood --we knew our neighbors, and that was good."

However, things changed when she moved to a small town. "I was crushed to literally witness a cross burning in 1992. It didn't seem possible that such hatred existed. I have witnessed hate crimes against many populations--humans persecuted for the color of their skin, their religious beliefs, or for whom they love. I honestly don't understand it," Carmen-Duffy said. 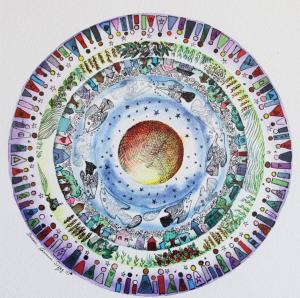 She continued, "To hurt someone because of their faith or the color of their skin seems so counterintuitive to me. I believe it speaks to a general undercurrent of fear and intolerance that exists and is seemingly grown with gusto in our society."

Carmen-Duffy regards her charitable endeavor as "the culmination of my life's work and energy. In my life/heart/mind, it has always been important to use the tools and gifts that I have been blessed with as well as to take every opportunity to help someone else."

She described how Create Art 4 Good works: "The process is simple. An artist is invited to join CA4G or expresses a desire to do so. The artist's work is juried by a panel of other artists to insure excellence. Once accepted, the artist's works are added to the website for purchase. Additionally, the artists are given the opportunity to show their work in the community via exhibits and art parties." Upon the sale of the work, the artist is paid 60% commission and CA4G, 40%. The patron chooses which charity will receive 20% of the profits (from the CA4G portion).

Carmen-Duffy hopes to own her own gallery in the near future and to offer classes there. For the time being, though, she is a staunch opponent of Voltaire's belief that "the opportunity for doing mischief is found a hundred times a day, and of doing good, once a year." For Susan Carmen-Duffy, the opportunity to do good is a daily occurrence.