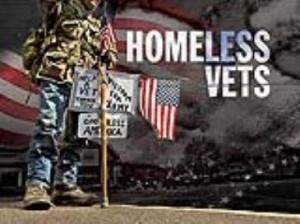 The need for more public and private programs for our military veterans is being highlighted by policies of the Obama Administration and private sector organizations and employers. Photo credit: oregondva.com

Twenty five percent of America's homeless population is military veterans and they cut across race and ethnicity. These are the same people that this country once called heroes.

It is past time that these heroes are treated with respect and dignity by the country they so gallantly served – and that the needs based upon the diversity of these veterans are taken into account in providing the array of services.

John Cassese is one person who is trying to do just that. After watching a "60 Minutes" broadcast about homeless veterans, the San Diego businessman helped form the Veterans Sourcing Group, an organization that hopes to move United States military veterans from poverty to productivity. 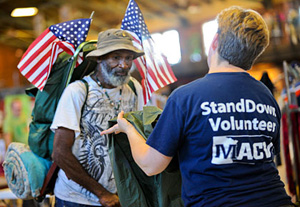 The federal government is also putting policies in place to do more for our nation's military veterans. Executive Order 13518, signed by President Obama in November, 2009, asserts that "private employers should play a prominent role in helping veterans who may be struggling to find jobs." The document acknowledges that the federal government, among the nation's largest employers, has staffing needs and that the President and his administration will actively seek to recruit veterans to meet those needs.

The Chancellor's Committee on Diversity at the University of California at San Francisco recognizes that diversity embraces a broad range of differences, including work experience. The work experience of our nation's veterans is arguably the most honorable and possibly the most horrific of jobs. As John F. Kennedy observed, "A young man [or woman] who does not have what it takes to perform military service is not likely to have what it takes to make a living. Today's military rejects," he maintained, "include tomorrow's hard-core unemployed."

Fortunately, many efforts are being made to assist military veterans – those who are finding it more challenging and difficult to return to a productive civilian life – the chance to switch labels from unemployed and homeless to employed and living with dignity.

We owe these heroes nothing less.