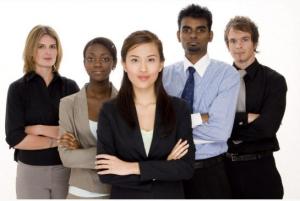 Today, more than a quarter-century later, some of the discriminatory practices that kept women in less-powerful positions are still in place, and now the ceiling has been extended to include minorities as well. Photo Credit: thestar.com

The glass ceiling is still crushing women - and now it is hurting minorities as well.

The phrase "the glass ceiling" was created by two journalists from The Wall Street Journal - Carol Hymowitz and Timothy Schellhardt - to metaphorically depict the often-invisible barrier that prevented women in organizations from advancing to high-level positions.

Today, more than a quarter-century later, some of the discriminatory practices that kept women in less-powerful positions are still in place, and now the ceiling has been extended to include minorities as well.

In his collaborative research, Union College professor David Cotter found certain conditions that constituted glass-ceiling inequality. One of those is a gender or racial inequality that increases over the course of a career. Both white and African-American women were subject to the pain resulting from hitting the glass ceiling—even shattering it sometimes—and yet not being able to progress in their careers at the same rate as their male counterparts. The research did not find evidence to show a glass ceiling was preventing African-American men from advancing their careers.

Another study, conducted in 2008, and involving 13,503 female managers and 17,493 male managers, verified that women were being held back. Among the reasons reported in the study results published in the October 2008 issue of HR Magazine were the facts that women, rather than their male partners in a marriage or relationship, were more likely to take care of family or child-care issues. Researchers also found women had fewer personal networks than men. 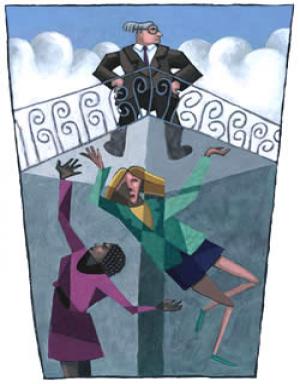 In all likelihood, women will continue to accept positions that allow them more time with their children. But, as far as personal networks are concerned, women can certainly take significant steps to increase their social capital and to build those networks.

One website alone provides 52 tips for advancing via social capital, without sacrificing family time or priorities. Mindspower.com has free downloads for those inclined to take proactive steps toward gender equality. Women (and men) who take advantage of such tips will realize the benefits cited by James Kouzes, Chairman Emeritus of the Tom Peters Company. Kouzes notes, "When social connections are strong and numerous, there is more trust, reciprocity, information flow, collection action, happiness, and by the way, greater wealth."

So ladies, capitalize on your social capital!