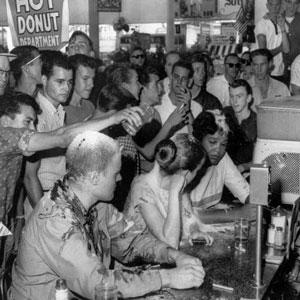 In this May 28, 1963, file photo, a group of whites poured sugar, ketchup, and mustard over the heads of Tougaloo College student demonstrators at a sit-in demonstration at a Woolworth's lunch counter in downtown Jackson, Miss. Seated at the counter, from left, are Tougaloo College professor John Salter, and students Joan Trumpauer, and Anne Moody. Mississippi is unveiling a marker Tuesday, May 28, 2013 that commemorates a civil rights protest 50 years ago at the downtown Jackson Woolworth’s. Photo Credit: AP/Jackson Daily News/Fred Blackwell

On Tuesday, the anniversary of the Woolworth's sit-in, education, and tourism officials are unveiling a marker to commemorate the pivotal event in the state's civil rights movement.

The marker is part of the Mississippi Freedom Trail, a series of signs the state began putting up in 2011 to recognize people who challenged segregation and racial oppression. The new marker will be beside Capitol Street near the old Woolworth's, which, like many former downtown Jackson retail stores, has been closed for decades.

On May 28, 1963, a small group of students and faculty from Tougaloo College, a private and historically black institution in north Jackson, drove 10 miles to the downtown and sat at the lunch counter at the five-and-dime store near the Governor's Mansion.

Though they sat peacefully, their actions were radical: At the time, dining facilities was strictly segregated. A white mob arrived. Some of the Tougaloo students were beaten, and one was knocked unconscious. Others were doused with ketchup, mustard, and sugar.

Joan Trumpauer of Arlington, Va., who would later marry and become Joan Trumpauer Mulholland, was a white Tougaloo student who participated in the sit-in. During a 2009 interview with The Associated Press, she recalled the "ugly roar" of the crowd.

"Basically, it just seemed that it was never going to end," she said. 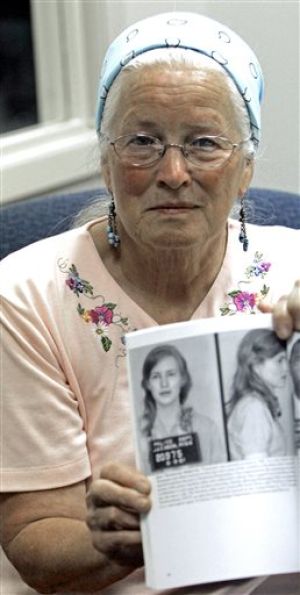 The sit-in was similar to others across the South, though Jackson's occurred more than three years after a more famous one in Greensboro, N.C.

The attempt to integrate a dining spot was part of a months-long boycott of white-owned businesses in Mississippi's capital city. The NAACP pressed stores to hire black clerks. It also pressed for better service for black customers, who had to wait until the waitress served white customers first.

The Woolworth's sit-in occurred two weeks before the assassination, in Jackson, of Medgar Evers, Mississippi leader of the National Association for the Advancement of Colored People. Evers helped organize the boycott and the sit-in. To stay in communication with the outside world, he stationed himself at the NAACP office several blocks away while the Tougaloo students walked in and took seats at the Woolworth's counter.

Longtime Mississippi journalist Bill Minor, who covered the sit-in for The Times-Picayune, said Evers called reporters to let them know something was happening at Woolworth's. Those who attacked the Tougaloo group included many students from Central High School, blocks away. There were also many adults, including an infamous local bootlegger.

"There were a lot of just plain old segregationist thugs," recalled Minor, now 91.

One of the sit-in participants, Anne Moody, wrote in her 1968 memoir, "Coming of Age in Mississippi," that "all hell broke loose" after she and two other black students, Memphis Norman and Pearlena Lewis, prayed at the lunch counter.

"A man rushed forward, threw Memphis from his seat, and slapped my face," Moody wrote. "Then another man who worked in the store threw me against an adjoining counter."

The Jackson event occurred just after the U.S. Supreme Court handed down a decision that legalized sit-ins, Julian Bond, chairman emeritus of the NAACP Board of Directors, wrote in the introduction for "We Shall Not Be Moved: The Jackson Woolworth's Sit-In and the Movement It Inspired." The new book is by M.J. O'Brien of Fairfax, Va.

"Rather than acknowledging an obligation to protect the sit-inners, the Jackson police interpreted the decision as granting them the right to ignore the protesters if any but the most dangerous violence occurred," Bond wrote. "The result was that Jackson's finest stood outside the Woolworth's while as many as 300 angry whites were allowed to attack the sit-inners at will."

The Rev. Ed King, a white Methodist minister who was the Tougaloo chaplain in 1963, went to Woolworth's as an observer. During a 2009 AP interview, King recalled that he reported to Evers what was happening.

"I had to call him and tell him that of the first sit-inners, a mob has formed, Memphis Norman was unconscious on the floor, he had been kicked ... had blood in his nose, I think even ears. And he did have a concussion from it," King said. "And the first two women had been dragged by the hair." 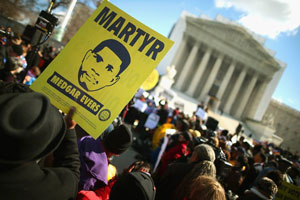 Evers had to decide whether to keep the sit-in going and ask others to join the two women who remained at the counter.

"Medgar has more courage than any of us," King said. "He knew he would be blamed."

Trumpauer had started the day as a "spotter," looking for trouble as others picketed other downtown businesses. After the picketers were quickly arrested, she headed to Woolworth's. When she saw the mob, she took a seat at the counter next to Moody.

Tougaloo sociology professor John Salter - a light-skinned man of white, and Native American descent - helped organize the boycott and was with Evers at the NAACP office as the sit-in started. With reports of trouble, he went to Woolworth's and sat at the counter.

The sit-in lasted several hours before the store closed. The mob dispersed and the Tougaloo contingent returned to campus in north Jackson. In the following weeks, the downtown boycott continued. Evers was assassinated outside his family's home on June 12, 1963.