Black Women At Risk for MS 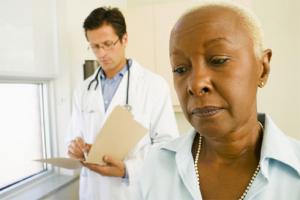 In recent years black women are at higher risk for the long considered white female disease, Multiple sclerosis (MS,) according to a May 7 report in Neurology.

MS is a debilitating condition that damages the protective coatings on nerves in the central nervous system, resulting in a loss of motor control, muscle weakness, vision complications, and other problems, according to the National Multiple Sclerosis Society’ African American Advisory Council. Although the cause of MS is virtually unknown, African Americans experience more relapses and greater disability.

After reviewing the medical information of 3.5 million members of Kaiser Permanente Southern California, the researchers found that between 2008-2010, 496 were diagnosed with MS, and of those patients, 70 percent were women, which was not considered unusual.

With three times the rate of black men, black women with MS were roughly double the rate of women in other racial groups.

The new findings also bolster past studies that indicate vitamin D deficiency, which is common in people with dark skin, contributes to MS.

“A possible explanation for our findings is that people with darker skin tones have lower vitamin D levels and thereby an increased risk of MS, but this would not explain why Hispanics and Asians have a lower risk of MS than whites, or why the higher risk of MS among blacks was found only among women,” notes the study.