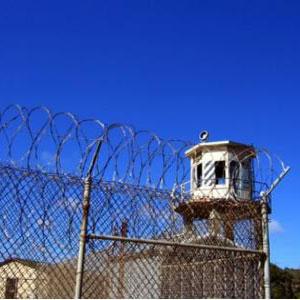 The national prison system is overflowing with black inmates, and in the state of Wisconsin, it appears to be getting much worse rather than better. Photo Credit: blackagendareport.com

The state of Wisconsin not only has the highest percentage of incarcerated black men in the country, its rate is nearly two-times higher than the national average, according to a new University of Wisconsin-Milwaukee study.

Approximately one in every eight black men of working age, or 13 percent, are now imprisoned in Wisconsin, compared to the national average of just 6.7 percent. Overall, blacks compose only 6.5 percent of the state’s total population.

Wisconsin also leads the nation in the percentage of Native American men behind bars, with roughly 1in every 13 Indian men, or 7.6 percent, now behind bars, more than doubles the national average of 3.1percent.

According to researchers, more than half of the city’s black men in their 30s and 40s have been incarcerated at some point, ultimately rendering many of them virtually unemployable and further accounting for the city’s reining status as one of the poorest in the country.

Data also shows many of the state’s convicted felons are concentrated in the same few neighborhoods, with almost two-thirds of all of Milwaukee County’s black male prisoners coming from the city’s six poorest zip codes.

With nearly 40 percent of all current black male incarcerations stemming from drug related offenses, and well over 80 percent related to drugs since 1990, Sentencing Project spokesperson Mike Mauer, concludes the findings are indeed part of a nationwide trend of racial disparities in drug incarcerations. 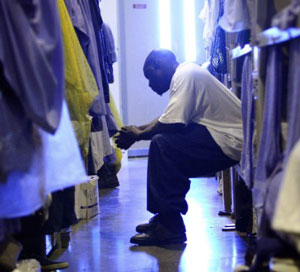 “It’s certainly a disturbing indication that there is a problem somewhere that the state incarceration rate is so much higher than the rest of the country,” he said. “I think the state should be reviewing its policies… reviewing the degree at which it is able to offer treatment and alternatives rather than incarceration.”

Mauer and others add they think the problem also stems from lowering the age for criminal jurisdiction, meaning youths can be tried and incarcerated at even younger ages.

“We are treating people as adults earlier than other states,” said State Rep. Fred Kessler. “We are taking cases that shouldn’t be treated as crimes, but instead acts of delinquency. That goes on someone’s record early and then it has the impact of them getting into subsequent trouble, and making them look like a more serious offender than they actually are.”

Oklahoma holds the next highest incarceration rate for black males at 9.7 percent.