New Traveling Exhibit: RACE: Are We Really So Different? 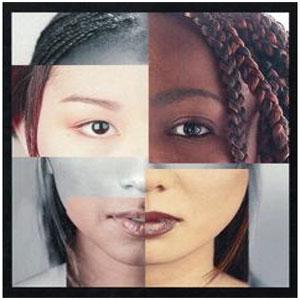 Rochester Area Community Foundation awarded a $200,000 grant to the Rochester Museum & Science Center to bring an exhibit, called RACE: Are We So Different? to the community from January 19 - April 28, 2013. Photo Credit: RACF

Lynn Sanders (Fall 2008, Race and Gender in US Politics, online edition) points out, as many have done before her; that gender differences are real but racial differences do not constitute a significant biological reality. But, if we are so much alike in our racial and ethnic backgrounds, why does hatred exist between us? How can we learn to appreciate the differences in our backgrounds and soften the jagged edges that often appear between the races?

One important effort is the RACE Exhibit, funded by a grant from the Rochester (New York) Area Community Fund (RACF). The grant brings to the Rochester Museum and Science Center a traveling exhibit, starting in January 2013, titled “Are We So Different?” RACF’s vice president, Dana Miller says the grant “advances the Foundation’s work to connect people across differences that may be separating them.”

The initial request, he notes, included three-part collaboration among the Rochester Museum and Science Center, the Rochester Institute of Technology, and the anti-poverty agency Action for a Better Community. Those concerned with these differences that still exist in America are examined every day, and they question why it is taking so long to bridge the divide. And the questions explode once again when production companies release movies like the much-acclaimed Lincoln, or Broadway hits like Memphis. The RACE exhibit also examines the everyday experiences of the racial issues that each of us, directly, or indirectly, face. One illustration of this includes cars in Rochester, New York, with bumper stickers reflecting hate. The stickers replace the Obama campaign-words, “Hope” and “Change,” with despicable rhymes like “Rope” and “Chains.”

The exhibit challenges common ideas about race. It also acknowledges the concept that social and cultural differences among the races exists. In truth though, we have more that unites us as inhabitants of this earth than separates us. The exhibit helps visitors appreciate the differences and advance the unifying potential. The exhibit will appeal to a multi-generational audience, Miller says. For example, a three-dimensional animation allows visitors to get an up-close look at their molecular selves. Visitors can also scan their skin and compare it to photos of others who have visited, and enjoy the mosaic of skin tone colors that results.

However, it is not just a visual appeal the exhibit offers: visitors can match their voices to the voices of other people from different races. The exhibit, a collaborative effort between the American Anthropological Association, the Science Museum of Minnesota, and “RACE: Are We So Different?” won the 2008 Excellence in Exhibition Competition.

Asked about the human notions that separate cultures, Miller, who is a black man, admits that “despite the fact that there are no real differences between people, the human notion of ‘race’ has allowed disparate treatment to exist for hundreds of years.” Growing up in a city that experienced the “white flight” to the suburbs in the 60’s, Miller attended schools that had a predominately minority population. He sees concentrated poverty, low graduation rates, health issues, and substandard housing as the residual effects of the white abandonment of our cities, “These persistent disparities between people of color and the majority population,” he posits, “are the legacy of disadvantage.”

When asked how his parents, his wife’s parents, and his own children escaped these disadvantages, Miller says, “Both sets of parents grew up in the segregated South and migrated to Rochester in the 1950's in search of better jobs, and to escape the harsh ‘Jim Crow’ environment. They found jobs in the mass of industries that existed in our city at that time.” 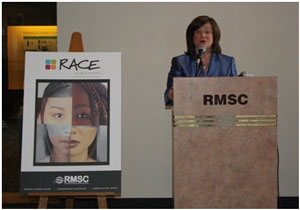 “Both our mothers and fathers worked multiple jobs to provide for their families,” he reflects. “After years of hard work, they purchased homes, and participated more fully in the American Dream, although the rules of the time did not allow them to purchase a home in most areas. By demonstrating a strong work ethic, emphasizing education, and setting high expectations, our parents minimized the impact of the legacy of being disadvantaged for our siblings and us. We have tried to do the same for our children.”

Miller hopes visitors to the exhibit will walk away with a singular new awareness, and realize that “I” am part of the answer to the questions surrounding racial understanding and equity

That same I-awareness is evident in the words of Yo Yo Ma, speaking at the 2000 White House Conference on Culture and Diplomacy. Ma quoted a Senegalese poet Baba Dioum: “In the end, we will conserve only what we love. We love only what we understand and we will understand only what we are taught.”

Fortunately, for those in Upstate New York, the teaching has begun, in part, via the RACF grants. According to RACF’s CEO, Jennifer Leonard, “We’ve had considerable success with undertakings like the Odyssey of Humanity Biracial Pairing Program. Through this program, more than 500 people in Rochester have been connected one-to-one across race. When the program was evaluated, 80 percent of the pairs reported connecting each other to their business networks and 50 percent to their social networks.”

With efforts such as these, Dioum’s hope for understanding through learning is becoming a reality.

I don't think we are different because of our skin color, seeing as race does not particularly create a type of personality. I think what does differentiate between skin colors is more ethnicity than anything- plus the attitude towards you because of your skin color can shape a lot. I'm going to know much more about privilege being white and act more on it than someone who is in a more oppressed social location. In a way, I think this can be good- we need to learn to accept difference rather than erase them. In another, I think it can create harmful stereotypes and prejudices- which again should be more focused on accepting differences.