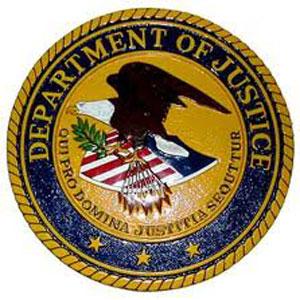 OXFORD, Miss. (AP) — A federal judge will hear arguments Dec. 11 in Oxford on proposals to desegregate two schools in the Cleveland School District.

In May, the school district filed a proposal with the federal court to desegregate the East Side High School and D.M. Smith Middle School.

Magnet schools have a specific theme or mission that drives their curriculum, such as fine arts or science. Magnet schools still must be racially balanced.

In September, the Department of Justice objected to the plan. It claims the district's proposal would "not integrate East Side and D.M. Smith as a whole, but to create insular magnet programs in each school that meet specified demographic targets," U.S. Attorney Felicia C. Adams wrote in the objection.

The government wants Davidson to order the school district comes with a new plan that "ensures East Side and D.M. Smith will be fully integrated by the beginning of the 2013-2014 school year."

The desegregation case dates back to 1965 when plaintiffs sued the Bolivar County school system, including Cleveland, to end white only and black-only schools.

The school system has been under the federal courts oversight ever since.

In 1989, the U.S. Department of Justice alleged that the Cleveland School District was still segregated.

In 1992, the district and government agreed that a magnet school program should be implemented at the junior high level to eliminate the "continuing racial identifiability of both Margaret Green Junior High and Eastwood Junior High (D.M. Smith)"

In 1995, the district was ordered to submit a plan to establish a high school level magnet program.

The government has been conducting a periodic review of the school system since 2006.
In 2011, the school district petitioned the court to remove it from federal oversight.

In the mid- to late-1960s, school districts across the South were sued for discrimination and given desegregation orders, which put them under the scrutiny of the Justice Department. A dozen or more school systems in Mississippi have petitioned the federal courts to come out from under such orders.