Is Racism The Big Elephant In The United States Halls Of Congress? 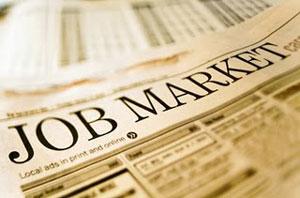 Republican presidential candidate, Herman Cain’s response to the August 2011 jobs report, “Sadly, the fact that zero jobs were created last month is only fitting for this administration, which is led by a President with zero leadership, zero plans, zero results, and zero understanding of basic economics. And the American people are worse off because of it.” Information Source and Photo Credit: theiowarepublican.com

The leadership of the Republican Party, along with the current pool of candidates for President, makes it consistently clear that that their number one goal is to make President Barack Obama a one-term president. This persistent mantra began long before the current campaign season, long before the stalled and pernicious inaction on the President’s Jobs bill. Why? Why? And, why?

The real question: While this country faces some of the worst economic challenges since the great depression and people are hurting because of high unemployment, how can the defeat of President Obama be top priority?

They say love is blind. So is hate. So is racism.

America has never been comfortable talking about the big elephant that has taken up residence in many of its rooms. The discomfort to use the race card hasn’t been greater than with President Obama himself. But it is high time that someone does.

We can all sit around ring our hands, shake our heads, strain our eyes and ears to try and hear one sound reason why this Congress is dragging its feet at best and determined at worst not to even vote on President Obama’s Jobs Bill.

We can continue to watch this, in some instances, passive aggressive and downright belligerent, and disrespectful obstinacy while America burns and millions suffer.

The public should be outraged and demand that Congress at least vote the Jobs bill up or down.

The reasons the Republican Congressional leadership offer simply do not withstand the smell test. The proposed bill has elements that eight previous Republican administrations and congresses have agreed upon and passed. The bill will not add to the debt or increase the deficit. The bill has tax provisions that will close loopholes and make previously under-taxed citizens pay their fair share. There are breaks for small businesses.

More importantly, according to a recent Gallop Poll, 75 percent of the public supports the President’s Jobs Bill and wants Congress to pass it.

Yet this Congress chooses to ignore the people that put them there to represent their interests?

How can their disdain and obsession to defeat President Obama prevent them from doing what is in the best interest of this country and million of citizens at this time? 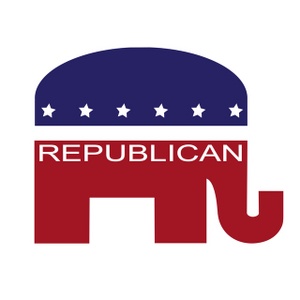 It has to be an irrational over-powering emotion. Few emotions fall into that category. Racism is one of them.

Could it be? Could it be that the very thought of a black President having a second term is just too much to bear among some of our members of Congress?

When one looks in the annals of American history, one has to conclude that President Barack Obama certainly hasn’t been the worst among them. When one looks at the conditions he inherited when he became President, his list of accomplishments is real. There is much left to be done, especially with fixing an ailing economy and putting people back to work.

But why isn’t this Congress willing to do their job and assist in doing that?

If it is not blatant racism, then what is it?

Isn’t it time to at least ask the question? Being an Ostrich is not the answer.

Wouldn't most Americans love to know that racism is not the big elephant roaming and terrorizing members in the hall of Congress?

What do you think?