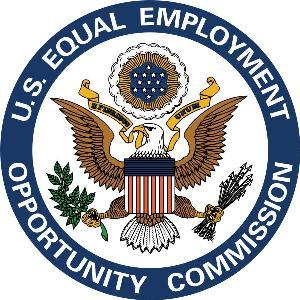 On July 24, 2012, the Equal Employment Opportunity Commission (EEOC) unveiled new rules designed to improve the discrimination complaint process for federal employees, including how claims are filed, processed, and decided. The last time any changes transpired for the federal sector complaint process was in 1999.

EEOC enforces parts of the Civil Rights Act of 1964, the Age Discrimination in Employment Act, the Americans with Disabilities, the Equal Pay Act of 1963, and the Rehabilitation Act of 1973 for both private and federal workers. Over the years, federal employees voiced concerns about the lengthy EEO process and conflicts of interest when federal agencies investigate internal complaints. While the new regulations do not make the federal employee EEO complaint process any harder or easier for either agencies or workers, some of the changes provide federal workers with the same protections against retaliation as their private sector counterparts, according to the National Treasury Employees Union. This includes tweaking language in the existing regulations regarding allegations of retaliation against federal workers to prevent a supervisor from initiating “a trumped-up proposed removal in order to cause the employee to drop the complaint and avoid termination.”

Another change strengthens the authority of administrative law judges in class action complaint cases to make final decisions rather than just recommendations. This forces agencies to either accept or appeal a judge’s decision in class action cases, as is currently the case with individual complaints.

Typically, the EEOC complaint process begins when a federal employee contacts the agency and alleges discrimination. If counseling is unsuccessful, complainants file a formal EEOC complaint, which the agency then investigates. A hearing before an EEOC administrative judge, or a final decision by the agency may result – a decision the complainants can appeal or sue in federal district court if they are unsatisfied. The revision announced requires agencies to inform complainants if an investigation isn’t wrapped up within the 180-day time limit. According to the EEOC, “An agency that has not completed its investigation in a timely manner must inform the complainant in writing that the investigation is not complete, provide an estimated date of completion, and remind the complainant that he or she has a current right to request a hearing or file a lawsuit.”

While best known for handling allegations of discrimination based on race, color, sex, national origin, disability, age, and religion, the EEOC also handles retaliation charges – the third most filed type of claim behind race discrimination and sex discrimination. According to the EEOC website, “All of the laws we enforce make it illegal to fire, demote, harass, or otherwise ‘retaliate’ against people (applicants or employees) because they filed a charge of discrimination, because they complained to their employer, or other covered entity about discrimination on the job, or because they participated in an employment discrimination proceeding (such as an investigation or lawsuit).”

Such retaliation claims are a headache for private sector businesses, with such claims more than doubling since 2000. One reason retaliation charges are so popular – and increasing among agencies like the Postal Service - is because employees have a better chance of winning than if they file a regular discrimination charge. According to the EEOC statistics, retaliation charges accounted for 37.4 percent of all charges filed with the EEOC in FY2011, totaling 37,334 charges.