Rise, Fall and Resurrection of an Elite African-American High School 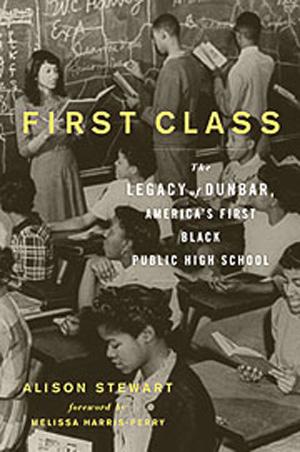 "The Story of Dunbar shows what can happen in spite of huge, legal, societal and professional hurdles. It shows what is possible when a group of people focus and band together to make something better … Dunbar helped create the greatest generations of African-Americans."

From 1870 to 1955, Washington, D.C.'s Dunbar High School sent thousands of African-Americans to some of the nation's elite colleges, from Harvard, Princeton and Yale, to Amherst, Colgate and Brown. The school employed black teachers with masters and Ph.D.s who taught a classical, liberal arts curriculum and had high expectations of their students.

The book concludes on a hopeful note, with the opening a new Dunbar building poised to provide today's students with the same type of high-powered curriculum, tailored for the twenty first century. Ms. Stewart's wonderful book reminds us that many of today's educational problems were successfully dealt with years ago, and there is no reason why that kind of excellence can't be achieved again.