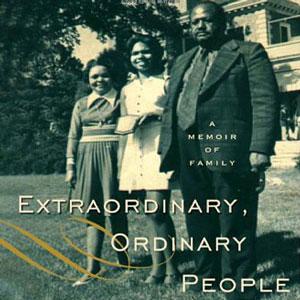 “…racism was ‘their’ problem, not ours.”

Ever since she burst on the scene as a pioneering provost of Stanford University, security advisor to the President and Secretary of State, Condoleezza Rice has been portrayed in the media as an uppity, right-wing, sepia scion of the Black Bourgeoisie, more at home with Puccini than with Parliament-Funkadelic. But, as this heartfelt memoir shows, Ms. Rice is more than that gross caricature. She was the product of proud and accomplished white-collar community African-Americans, who, while living in segregated Birmingham, Alabama (appropriately nicknamed “Bombingham”) in the fifties and sixties, raised their children to be “twice as good” as their white counterparts.

Yes, Ms. Rice writes about foreign policy as the student of Josef Korbel a professor of international politics at the University of Denver, and the father of Secretary of State Madeleine Albright, and her work with the Bush family. However, the most moving parts of the book are her loving portraits of her father, John, the huge, larger-than-life, football-loving Presbyterian minster, who was an “educational evangelist." And her devoted school teacher mother, Angelena, who provided her with love, support, and the schooling that gave her the excellence and endurance that made her a talented concert pianist, figure skater, and foreign policy expert. "There was no room for being a victim or depending on white people to take care of you," she writes. "That self-sufficiency is the ethos [code of ethnics] passed down by my ancestors on both sides of the family, and I have internalized it thoroughly."

Rice’s description of the diverse and dedicated extended family, neighborhood teachers and churches that nurtured her, contrasts the stereotyped depiction of that social class’s snobbery and elitism found in books like E. Franklin Frazier’s famous book, The Black Bourgeoisie, as evidenced by John Rice's tireless tutelage of his daughter's classmates, which included Denise McNair, who died in the horrible 1963 bombing of the Sixteenth Street Baptist Church. Indeed, John Rice further defied the “bougie” stereotype when he founded a black studies program at the University of Denver, and invited “family friend,” Stokley Carmichael/Kwame Toure to lecture!

Though Rice's memoir does not have the literary flourishes and exotic locales of Barack Obama's Dreams From my Father, it does takes the reader from Birmingham to Tuscaloosa, Denver, Notre Dame, Palo Alto and the White House; all of the places and spaces the Rice family moved to for employment and educational opportunities. Though the lows of the book come with the deaths of her parents, Rice emerges from this heartfelt memoir as a very strong, yet very human black woman, whose character was forged in the 1950’s hot-house of the Deep South, armed with the spiritual resiliency that she got from her amazing family and an equally astounding community.

“All of those elements – extended family, community schools, and churches – conspired together to convince me and my peers that racism was ‘their’ problem, not ours.”