A Historian's Journey Within MLK's Legacy 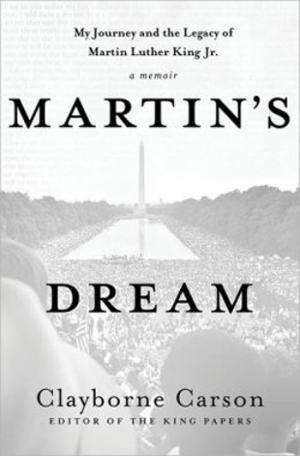 Martin’s Dream: My Journey and the Legacy of Martin Luther King Jr.

Fifty years ago, a nineteen year-old, black boy from New Mexico traveled east to Washington, D.C.; the site of that miraculous aggregation of black, white, brown and beige humanity known as The March on Washington, led by Dr. Martin Luther King, who delivered those immortal words, “I Have a Dream.” Five decades later, that boy, Clayborne Carson – the celebrated author, Stanford University history professor, and editor of The Papers of Martin Luther King – chronicles that halcyon era of social change, from the Civil Rights Movement to Black Power, as well as his own evolution from Student Non-Violent Coordinating Committee-associated activist to his complex dealings with the King estate and King’s enduring legacy.

Carson retraces his heady days at UCLA in the sixties, where he is radicalized by SNCC and becomes disenchanted with the group when Stokely Carmichael takes into militancy. We learn of his harrowing days evading the Vietnam draft, and his early efforts in become a critically-acclaimed historian. His books, including In Struggle capture the attention of Coretta Scott King, who hired him to edit and publish Dr. King’s papers. Carson diplomatically recalls how he dealt with such thorny issues from King’s plagiarism, his womanizing and his love letters to his wife, to his complex dealings with the estate, when the King siblings were knee-deep in lawsuits. “There’s an African proverb,” he writes. ‘When elephants fight, the grass gets trampled.’ These are fights between the siblings for control. I’m just a writer caught in the middle.”

Undaunted Carson, goes on to publish the King papers including, The Autobiography of Martin Luther King, Jr., performs a play based on King’s life in China and Palestine, critiques Barack Obama’s debt to King and serves as an advisor to the MLK Memorial. With the laser-like accuracy of a trained historian, and the warmth of poet, Clayborne Carson not only unveils the history of a movement and its leader and chronicles the evolution of King’s influence.