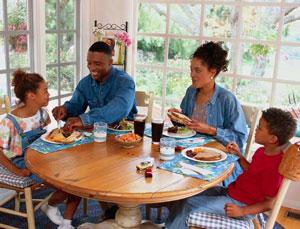 I disagreed with the director at my son’s preschool. As a progressive and politically correct institution, she used Black History month to teach what she believed to be age appropriate lessons about the injustices of American history in regards to African-Americans.

My son is one-quarter Mayan, one-quarter Caribbean, so cultural diversity is high on my list of priorities, but my child is three. He lacks the ‘political’ half of political correctness. He judges by color, such as the color of a person’s clothes.

Sure, I have had my embarrassing moments, like the time we sat on a park bench watching ducks waddle past and my son pondered aloud with regret, “Why do all my teachers have to be black?” The grandfatherly man next to us walked away with a grim look before I could explain my son’s lament was against their uniform of black art smocks and dancewear. “I wish I had purple or green teachers,” my son concluded.

While I certainly did not object to the history lessons, I was concerned my child’s innocence might be lost. At three, he has plenty of time to tackle the injustices in the world. Give the kid his finger-paint.

The director assured me the lesson would incorporate only vague references to key points in African-American history and role-play to promote inclusion for everyone. I worried however, that in the predominantly white preschool class, which was reflective of our 91.6% Caucasian community, the little eyes would all swing towards my Honduran-American son. Other students would connect him, by default, to someone else’s historical struggle. The day came and went, and despite my misgivings, the mailman continued to be the ‘blue man’ and the pizza guy ‘red.’

A bus ride two weeks later, however, brought my fears to fruition. My son and I sat near the bus driver in the only free seat available on the crowded bus. As we approached the bus stop, I noticed two elderly ladies were boarding, one with a walker. Across the aisle, two high school boys blasted their iPods, loud enough for us all to enjoy the profanity, but remained seated as the elderly ladies boarded.

I said to my son, “Honey, when you get big and are riding the bus without mama, you should always give up your seat and stand or move to the back of the bus when you see someone who should have the seat instead of you.”

We got up and I tried to walk him down the aisle, but he stopped. Suddenly, he broke into a rehearsed Peter-Pan-stance, with hands on hips, and yelled as loud as he could, “NO! I WILL NOT MOVE TO THE BACK OF THE BUS JUST BECAUSE I LOOK DIFFERENT!”

In all fairness, I am guessing the director did not anticipate my little darling staging his own Civil Rights Movement on the 7:55 commuter to Westfield. Perhaps there should have been a sign, “Political correctness, not recommended for children 3 and under.”

I am in complete agreement with the underlying message that adults get carried away and forget to be developmentally correct when addressing issues of race. Even professionals such as the teachers in these example. The other part of it is that the information is often presented as a "complaint" of some sort or the other--not implying that is not valid--and they forget to talk about the other aspect of it, which I believe is how to reconciliate.Some people in this country continue to send the messages of division as protection from racial assaults. I think that the opposite is true. We must learn and not forget from the atrocities that happened in the past and the ones that continue happening but we also have to learn to incorporate lessons of hope and most important model appropriate inter-racial socialization, which to me means that you will treat anyone with the respect and dignity they deserve regardless of any superficial attribute.