What Happened To My History? Contributions Across Race 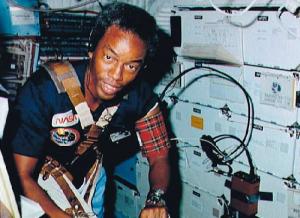 History is replete with contributions from all races.

A couple of years ago, in celebration of Black History Month, my son Gabriel was assigned a project by his social studies teacher. The assignment: Research a historic figure in African-American history, make a presentation dressed as the figure, and write a six-page report.

I was more excited than my son. I had never been given assignments like this in middle school; researching people who played important roles in African-American history–in my history. I nodded my head in approval and Gabriel went into further detail about the project.

Then I asked what figure he had picked for his report.

“Denzel Washington,” he announced. My left eye began to twitch before the explosion. I lambasted Gabriel for taking the easy route. There are so many other people in our history to explore other than Washington–not that I have anything against him or his profession.

However, at this point I should confess the real reason I was so peeved. It went beyond my son’s choice. When my sons Kristoff (the older of the two), Gabriel and I had lived in a small, predominately white town in Connecticut, I gave classroom presentations for Black History Month. On a volunteer basis, I researched little-known people who had made an impact on African-American history. I secured props to support and entertain wide-eyed boys and girls about the historic figures. My first presentation was for Kristoff’s kindergarten class. I made colorful posters on Garrett Morgan, George Washington Carver, and Norbert Rillieux. For my props, I borrowed an antiquated gas mask, brought books to show the kids Morgan’s traffic light prototype, and included a jar of peanut butter for little fingers.

The kindergartners eagerly looked at my posters, my books and my props. They giggled when I donned the gas mask. They asked remarkable questions for their age. I made an impression on those children–the majority from middle-class white families. According to my son’s teacher, the children talked about what they had learned for days afterward.

As Kristoff got older, my presentations became more sophisticated. Weeks prior to a fourth-grade presentation on Dr. Daniel Hale Williams, I scoured the stores looking for a rubber heart. When I found the type I was seeking, I used a printer ink cartridge syringe and injected the small, red rubber heart with ketchup. When it was time to talk about Dr. Williams, I performed a mock open-heart surgery with an old butter knife. Again, kids clambered around me as I tried to slice into the rubber heart. I hit pay dirt when ketchup mixed with black printer ink squirted from the incision, and Super Mom triumphed again in her quest to spread black history facts across the land!

Gabriel, however, never got the chance to see me in action. He knew that the small collection of history books I had amassed was related to my presentations, but it didn’t hold the same importance for him as for his brother. Where I had been successful with other people’s children, I had failed within my own house. Super Mom hadn’t been super all of the time.

Gabriel stood wide-eyed and silent after my tirade about Denzel Washington. Once I realized my tirade was directed more at me than him, I guided my son to our library and ordered him to find someone a little more historic than Denzel. Miserable, he sat at the dining room table and hovered over the book listlessly flipping through pages. At bedtime, Gabriel quietly approached me with his decision. He had chosen Guion Bluford, Jr., the first black astronaut to go into space. When I asked why he had picked Bluford, Gabriel offered no explanation and I saw no reason to push for one. The next day my son told me, he had successfully exchanged his project. His teacher commended him on his new choice.

Now, with Kristoff standing proudly on my left and Gabriel on my right, we vow as a family to do our best to rescue those dangling perilously over-boiling vats of radioactive goop, or worse yet, those who might never have known about the many African-Americans who changed our country for the better.

Dr. Guion Bluford was the first African-American to fly in space aboard STS-8, the eighth flight of the Space Shuttle. He served in the US Air Force from 1965-1993, the Astronaut Office of the Johnson Space Center from 1978-1993 and was a NASA astronaut from 1979-1993.