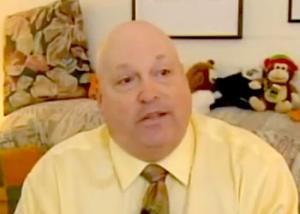 Teacher Gil Voigt acknowledges he made a comment to a black student with White House aspirations, which included a reference to President Obama, but that he was misquoted. Photo Credit: bossip.com

A hearing is being held for a suburban Cincinnati teacher who was suspended after allegedly telling a black student with White House aspirations that the nation doesn't need another black president.

Teacher Gil Voigt told The Cincinnati Enquirer as he walked into the closed hearing, which he requested, that Fairfield school officials are trying to end his career. The hearing before a labor referee could last for days.

School officials said the white teacher at Fairfield's freshman school told a black student who said he wanted to be president that the country doesn't "need another black president." Voigt told school officials that he was misquoted, and that he had said he thought the country "couldn't afford another president like (Barack) Obama, whether he's black or white."

He said his comments didn't have anything to do with skin color. The veteran teacher was suspended in December.

The school board president said Voigt had been "racially insensitive." School officials in the northern Cincinnati suburban district said Voigt received a verbal warning in 2008 for an inappropriate racial comment and had recently received a written warning for failure to use adopted curriculum. He has taught in Fairfield schools since 2000.

If Voigt is fired, he could appeal to a Butler County court. The Ohio Department of Education would investigate the case to decide what to do about his teaching license.

It's hard to know if he was really meaning something else. But the article did say that he had been reported for staying racial things before. I think if he really wanted to say this country "couldn't afford another president like (Barack) Obama, whether he's black or white" then that's what he would of said. Teachers really need to think before they just blurt something out.

In order for the school board to have a case they would most likely need other students in the class to provide their account of the incident. If just the minority student heard the comment then the school board probably would not have a case. Unfortunately for Voigt, a whole classroom of students heard his comment and the students will probably be involved in the case.