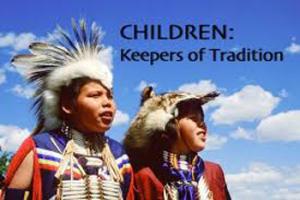 Federal law now requires that additional services be provided to Native families to prevent unwarranted removal. And it requires that Indian children who are removed be placed whenever possible with relatives or with other Native Americans, in a way that preserves their connection with their tribe, community and relatives. Photo Credit: luckmisssh.blogspot.com

Four national Native American organizations on Monday asked the U.S. Department of Justice to launch an investigation into the treatment of American Indian and Alaska Native children in the private adoption and public child welfare systems, saying civil rights violations there are "well-known and commonplace."

The groups also called for the federal government to take a stronger role in enforcing compliance of the Indian Child Welfare Act. They said in a letter to DOJ Acting Assistant Attorney General for Civil Rights Jocelyn Samuels that there is "minimal federal oversight over the implementation of, and compliance with" the law.

The letter follows a recent high-profile custody battle over a Cherokee girl known as Baby Veronica who eventually was adopted by a white South Carolina couple. And it comes amid lawsuits alleging violations of federal law governing foster care and adoptions in some states. 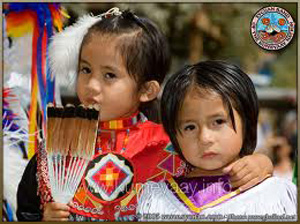 The organizations, which included the Portland-based National Indian Child Welfare Association, also alleged in their letter that some guardians appointed by the court mock Native culture; state workers put down traditional ways of parenting; and children are placed in white homes when Indian relatives and Native foster care homes are available.

"These stories highlight patterns of behavior that are, at best, unethical and, at worst, unlawful," the letter states. "Although these civil rights violations are well-known and commonplace, they continue to go unchecked and unexamined."

The federal government had no an immediate response to the investigation request.

Congress passed the Indian Child Welfare Act in 1978 after finding very high numbers of Indian children being removed from their homes by public and private agencies and placed in non-Indian foster and adoptive homes and institutions.

Federal law now requires that additional services be provided to Native families to prevent unwarranted removal. And it requires that Indian children who are removed be placed whenever possible with relatives or with other Native Americans, in a way that preserves their connection with their tribe, community and relatives.

While Native groups agree that the Indian Child Welfare Act has been effective in slowing the removal of Indian children from their families, major challenges remain.

The letter cites problems such as adoption agencies disregarding children's tribal affiliation and failing to provide notice to a tribe when a child is taken into custody, transporting Indian children across state lines to sidestep the law, adoption attorneys encouraging circumvention of the law, and judges denying tribes a presence during child custody proceedings, among others.

Another problem, according to Craig Dorsay, an Oregon lawyer who works on many Native child welfare cases, are inconsistencies in identifying who is an Indian child and who is not - and whether the law applies to families who are deemed not Indian enough in the eyes of a court.

In Oregon, Dorsay said, the overall relationship between tribes and counties is good when it comes to applying the law. But statistics continue to show the disproportionate removal of Native children from their families.

Native American children in Oregon are more likely to be placed in foster care than white children, according to research from Portland State University. And they're more likely to exit care by adoption. That, despite the fact that the abuse rate among Natives is the same as for white families.

Researchers found that suspected abuse or neglect involving Native American families was reported to child protective services at a higher rate than the group's representation in the general population.

Is it really unethical to place an Indian child in a non-Indian household? No matter what child is placed in a home other than their original, regardless of their ethnicity, there will be different morals and values implemented into the child's life. So why must an Indian child be placed only in an Indian home? That's almost like saying a child whose birth mother was a softball play should be placed in a home with a softball loving mom..