Minorities Without Bank Accounts May Be Blocked From Obamacare 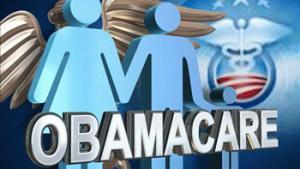 Millions of minorities and low income people eligible for subsidized health insurance under Obamacare may not be able to get health coverage. Photo Credit: keyetv.com

A new report indicates millions of minorities and low income people eligible for subsidized health insurance under Obamacare, the Affordable Care Act, may be shut out of health coverage because they simply do not have bank accounts.

The report is the first to examine the critical role that access to banking may play in providing health insurance under Obamacare, an issue that could exacerbate existing disparities in access to health coverage for minorities and the poor.

The report, “Uninsured+Unbanked=Unenrolled,” utilizes U.S. Census Bureau data to estimate that 27 percent - approximately 8.5 million people - of those eligible for federally-subsidized ACA health insurance are “unbanked.” Many low- to middle-income people rely on things like pre-paid debit cards to pay bills. In addition, the federal government itself now issues prepaid debit cards to more than five million federal beneficiaries like veterans and social security recipients, many of whom are also unbanked, according to the report. 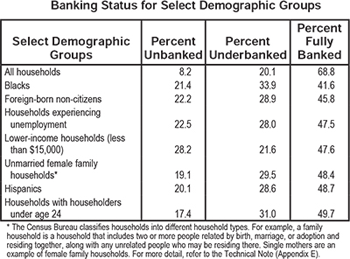 The problem is that a checking account is the preferred way insurance companies plan to require customers to pay healthcare premiums. At present, the federal government is not requiring insurance companies to accept other commonly-used forms of payment, such as debit cards. Worse, those Americans who are “unbanked” would not only be denied health coverage, they would then be subject to a federal fine for not being covered due to the bank-only premium payment requirement.

“It turns out there are regulatory blind spots in the legislation that addresses how people would pay for their insurance. We found that insurers may require people to pay out of their checking accounts. There is no explicit language to require other forms of payment within the law,” according to Dr. John Graves, assistant professor of Preventive Medicine at Vanderbilt University School of Medicine and co-author of the report.

The report, funded and released by Jackson Hewitt, notes that the impact will be felt especially by African Americans and Hispanics. “One out of every three tax credit eligible African Americans and Hispanic Americans is unbanked - they are 43 percent more likely to be unbanked than white residents. That represents nearly five million persons out of 8.5 million,” notes the report. By comparison, one in four tax credit eligible white residents is unbanked. These findings are concerning, particularly given the already existing disparities in access to health coverage and health status for minority groups. 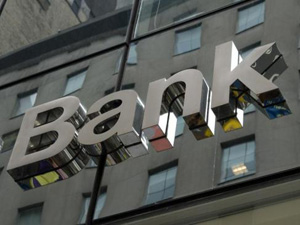 Brian Haile, senior vice president for Health Care Policy at Jackson Hewitt and one of the authors of the report, notes “The negative effects will be disproportionately felt by African Americans and Hispanic Americans, groups who already experience significant health disparities. These findings should be deeply troubling for everyone who is working to improve minority access to health insurance coverage and medical care.”

The report also includes a state-by-state assessment of the proportion of unbanked among “non-elderly” by income group, as well as national information by race, income group and health status. One example is Tennessee, which has a disproportionally large number of “unbanked” individuals while three of the larger insurers in Tennessee do not allow customers to pay premiums with prepaid debit cards.